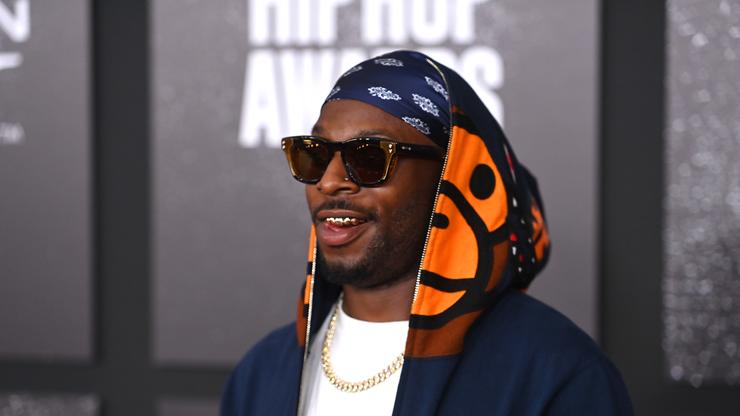 Isaiah Rashad opens up in his new interview with Joe Budden.

Isaiah Rashad was met with widespread support from the hip-hop community after a sex tape leaked including him and another man. During Coachella, the rapper emerged on stage to loud applause before offering a thank you to his fans for their ongoing support.

This week, the rapper sat down with Joe Budden where he addressed the sex tape leak in full. Rashad joined Budden on the latest episode of The Joe Budden Podcastwhere he spoke in-depth about the leak. He explained that he hasn’t considered taking legal action against the person who leaked the tape because he’s been trying to “keep my mind together.”

“It’s been a time for my family to come together,” he explained. “Out of everything, it’s been a blessing. With that happening, and my granddad dying a couple of days afterward and my grandma going through what she’s been through, it’s been a concentration of family together more than it had been before so if anything, I can’t be mad at everything about it. I always gotta look at the brighter side.”

Elsewhere in the interview, Joe Budden asked Isaiah Rashad how he identifies today. “I’d say I’m sexually fluid,” said Rashad before Budden asked him to elaborate on what that means. “I’m still learning about it myself. I’m putting my head in the books to find out the basics of it but basically, I’m not in full control of when I walk into a room who I’m attracted to.”

Rashad explained that he’s currently monogamous, which seemingly baffled Joe. Though he only began discovering himself in recent years, he explained that his partner has been extremely supportive of him. “I’m not just going out and doing whatever. I have an understanding of myself that, you know, to not expect anything out of myself as far as an attraction. If I end up getting close to somebody, I might end up attracted to them,” he said.

Check the clips out below. The full interview is available on Joe Budden’s Patreon.