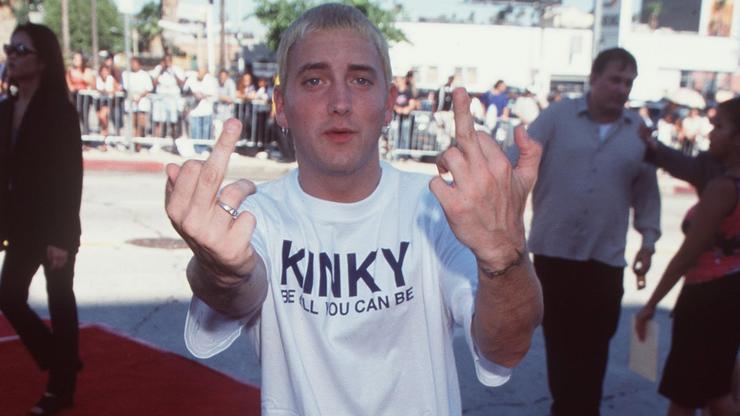 Take a trip through hip-hop history with this latest Instagram Gallery dedicated to throwback pics.

Despite the fact that the gilded era 90s hip-hop is long behind us, a number  the OG industry veterans still active in the community can’t help but remind their fanbases where it all started. From harkening back to the Death Row vs. Bad Boy Records feud, to the days where Eminem still bleached his hair, rappers like Diddy and Snoop are more than happy to take us back in time their social media feeds.

However, for a few these decorated OGs, reminiscing about the days when Pac was still with us is a stark reminder just how greatly the genre has shifted and changed. Joining the ranks fellow key industry players who continually voice their discontent over the waves SoundCloud rappers and clout-chasing viral stars hitting the charts today, Diddy hopped on the ‘Gram to sten up his #ThrowbackThursday with a commentary on hip-hop’s growing influence in popular culture as a whole.

“There’s so many people rapping right now…it is literally like too much,” says Diddy. “It’s a lot to take in every day. Everybody’s sayin’ the same shit in different ways, you know? I’m not knocking nobody’s dream, I just don’t want the culture to get diluted. When it gets so mass produced, it doesn’t mean anything.”

For a time capsule back to the past by way the game’s celebrated greats, peep the Instagram Gallery below the best OG throwback pics.

How many chains can you count in this #FBF from Gucci?

“His palms are sweaty, knees weak, arms are heavy/There’s vomit on his sweater already, mom’s spaghetti/He’s nervous, but on the surface he looks calm and ready.”

There’s nothin’ like a good throwback pic Nas and Luda.

“#TBT MISS YOU B.I.G,” captions Diddy alongside a snap himself and Biggie.

According to Cam’ron, Kanye has always “been cray.”

Here’s a clip Snoop and Pac both high as a kite trying to play it cool in an interview.

Here is photographic pro that there wasn’t always bad blood between the East and West coast rap incubators, evidenced by Pac repping Bad Boy records on his shirt.

It’s hard to remember a time when Jay-Z wasn’t a billionaire.