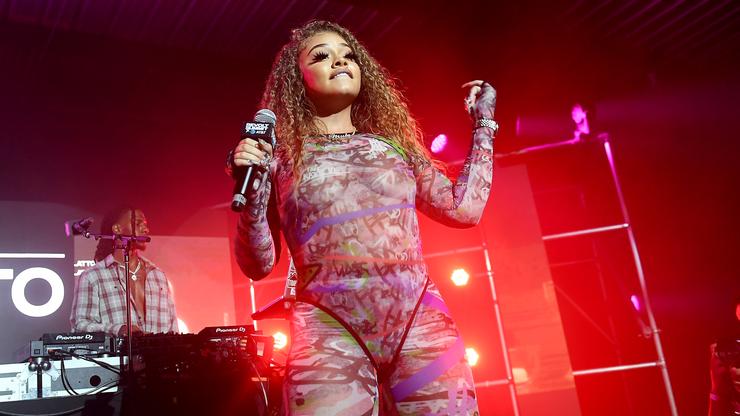 Atlanta-born-and-raised rapper Mulatto is the latest female hip-hop star taking the rap game by storm. At only 21 years old, Mulatto’s 2019 breakout single, “B***h From Da Souf,” cracked the Billboard Hot 100 in August, shortly after the rapper’s cameo in Cardi B and Megan Thee Stallion’s star-studded “WAP” music video. Born Alyssa Michelle Stephens, the 21-year-old’s moniker has become quite the point of controversy, but the rapper has revealed it’s her way of reclaiming her identity as a mixed-race person, which she says she frequently caught flack for from her peers throughout her adolescence.

Although she’s just now encroaching household-name-level fame, Mulatto isn’t exactly a newcomer to the industry. Having won season one of Lifetime hip-hop competition series, The Rap Game, when she was just 16, it was only a matter of time before the rapper rose to stardom. After releasing “B***h From Da Souf,” Mulatto was swiftly scooped up by RCA Records, under which she released her debut album, Queen of Da Souf, in August 2020. Trina and Saweetie jumped on a “B***h From Da Souf” remix last December, and Mulatto has even already collabed with her self-proclaimed idol, Gucci Mane, on her song “Muwop,” which dropped in July. As both her music and her unparalleled confidence and style illustrate, Mulatto has come to dominate.

Still not sure what we’re talking about? Look no further; check out our gallery below of some of the rapper’s most bossed-up pics.

Nope, it’s a full-time job and you’re a professional

Not Pictured: her foot, on our necks

Showing off her megawatt smile

Get a girl who can do both