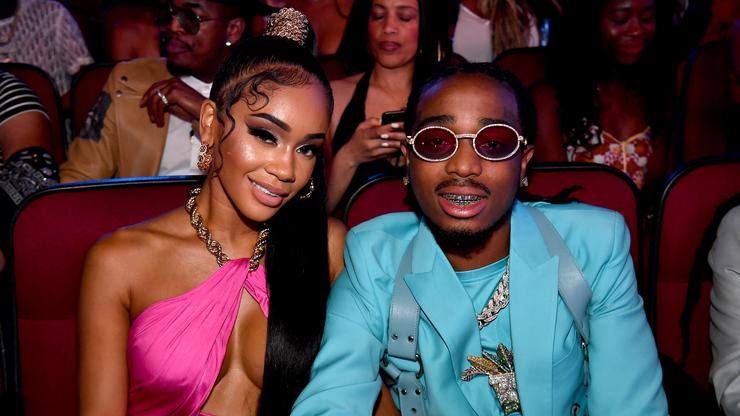 These couples kill it every time.

Despite the fact that their lyrics may boast flaunting a rolodex side chicks while popping bottles in the fast lane, even the greatest hip-hop heavyweights are not immune to cuffing season. With hot girl summer now firmly behind us, it’s time for today’s top artists to up their relationship prile and boast their boo’d up status all over social media in the form extravagant gift-giving and heartfelt dedications. Firmly discounting the idea that industry and relationship success are mutually exclusive, emcees are no longer afraid publicly flexing their commitment and dedication to their better half.

From Travis Scott once proudly proclaiming that he needed Kylie Jenner “to operate” to Offset delivering a televised monologue about the vulnerability that saved his marriage, it’s clear that hip-hop’s hottest stars have no problem flaunting the ups and down their partnerships.

“It’s just me being vulnerable, I guess, and it kinda bit me with the response the people,” says Offset his public reconciliation efforts with wife Cardi B following his cheating scandal. “But that’s why our men don’t be trying to be vulnerable. Because when you do it, it’s like, ah, there’s something wrong with it either way. I love my wife so it’s serious, it’s] not a game to me.”

Ranging from hookups-turned-serious to full-on married couples, check out the Instagram gallery below to see which hip-hop couple below serves up enough #RelationshipGoals vibe to get you ready for cuffing season.

A longtime industry fixture, Bey and Hov have proved time and again that they’re capable surviving everything from elevator fights to an extremely public cheating scandal.

Safaree is saying “Nicki who?” in this up-close-and-personal pic him and his wife Erica Mena.

Approaching nearly a decade marriage, Swizz Beats and Alicia Keys prove that you can be happily married and still net a slew Grammy Awards.

According to Quavo, Saweetie is his “partner in crime.”

Cardi B And Offset

“They prayed, they got they shit together and they lived happily ever after,” writes Cardi her and husband Offset’s tumultuous start to married life.

Happily married for five years, Ludacris and Eudoxie are a seemingly unshakable couple who have no problem flaunting their bond on social media.

Holding it down for Guwop through multiple cheating scandals and a prison sentence, Keyshia Ka’oir is the definition a ride or die chick and now has the ring on her finger to prove it.

“Anytime I was around her or I saw her, it was a magnetic attraction to this force energy,” says Kayne West his now-wife Kim Kardashian West.

Why would Lil Baby stray from his baby momma when he has this to come home to?

After over a decade marriage, Remy Ma and Papoose are still more than eager to show f their example #BlackLove for the ‘Gram.