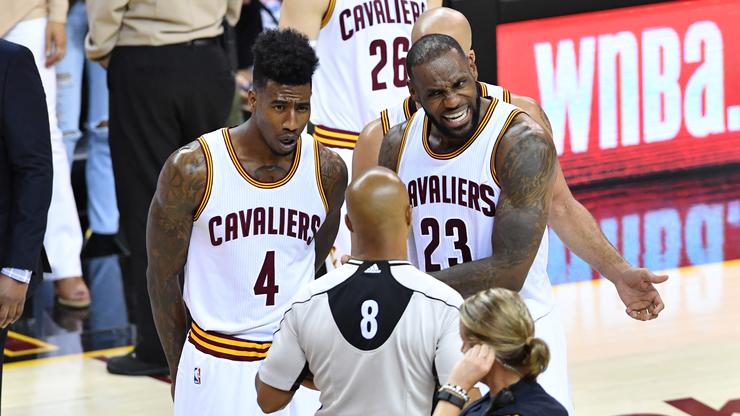 LeBron James is beloved by many but he is still incredibly hated by a lot basketball fans.

Iman Shumpert got to play with LeBron James during his second stint in Cleveland. The two even won a championship together in 2016. With this in mind, it shouldn’t be surprising that Shumpert has a lot to say about the NBA legend. The other day, Shumpert spoke about what makes LeBron so great and how his basketball IQ is better than everyone else’s. In a recent interview, Shumpert spoke about how LeBron is one the most hated players in the league and that it really all comes down to just one thing.

Speaking to This is 50, Shumpert admitted that LeBron gets so much hate because he is so good. Not to mention, he hasn’t had any real scandals and people want to see him fail. He’s simply too perfect which makes him look like less a real person. Shumpert noted that LeBron has been with the same woman since high school and that he is a model citizen who does so much for his community.

Shumpert makes some solid points here. Perhaps another reason for the LeBron hate is “The Decision.” Of course, this occurred in 2010 when LeBron swapped teams and went to the Miami Heat. Following this move, many fans fell out favor with LeBron although since then, he has been able to get back in the good graces fans everywhere.

As LeBron enters the final stages his career, it really feels like people are starting to love him all over again.