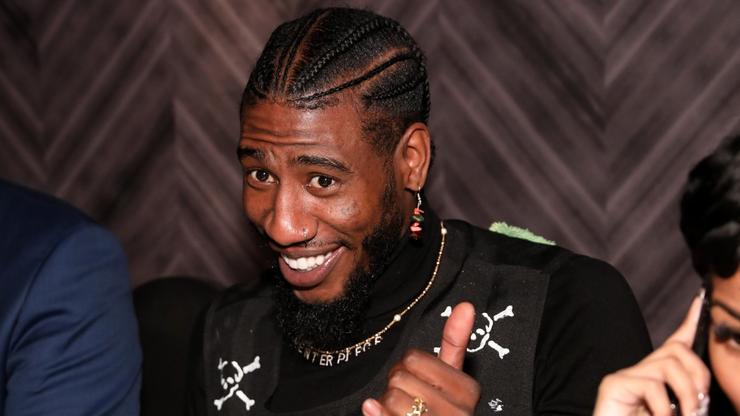 People can’t believe the basketball star could move like that.

When he was named as a contestant on Dancing With the Stars, the public was surprised. Iman Shumpert seemed like an unlikely candidate on the famed, long-running competition series, but earlier this evening, fans were treated to his first routine. Last season, Hip Hop watched as Nelly partnered with professional dancer Daniella Karagach and she makes a triumphant return this season with Shumpert.

This evening (September 20), Shumpert showed off his twinkle toes skills and opted to jump into the competition with a routine to Outkast’s megahit, “Hey Ya.”

Shumpert paid homage to the Hip Hop icons by wearing a fit similar to Andre 3000‘s suspenders look in the music video. The judges weren’t as impressed as the basketball star’s fans were and gave him the second-lowest score of the night at 21 points. Fans took to social media to declare that Shumpert deserved more, but they’ll have to wait to see how he fairs the next go ’round.

Meanwhile, the Shumperts are online asking fans to continue to vote for Iman. Check out portions of the performance, as well as a few reactions, below.