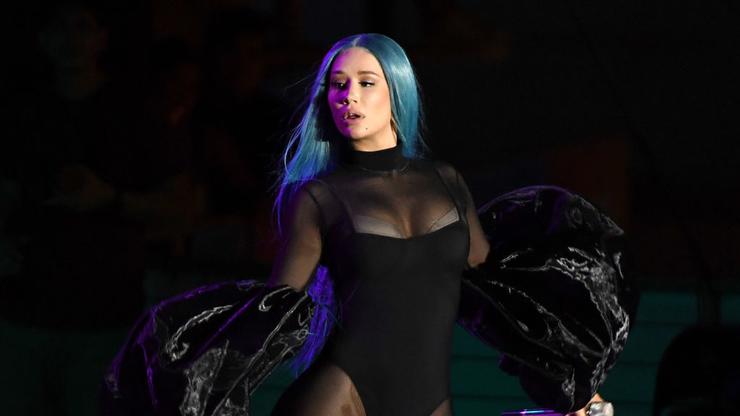 Iggy Azalea is overjoyed about the results of the 2020 Presidential Election in the United States, reacting with a ridiculous new video on TikTok.

The Aussie rapper, who splits her time between Atlanta and Los Angeles, couldn’t be happier about Joe Biden becoming President-elect. While there’s still a couple of months left before he officially takes office (if Trump actually leaves), Iggy is already getting ready for January 2021.

Catching everyone’s attention with her new video on TikTok, the recording artist had an important announcement.

“Repeat after me, Biden is soon to be your daddy,” lip-synced Azalea, giving a little twerk show at the same time. She ended with a maniacal laugh.

Iggy isn’t the only celebrity that couldn’t contain their excitement over the results of the election. She’s one of hundreds that have celebrated the history-making moment, which was certainly the most stressful election in recent memory. After nearly five full days of waiting, the American public learned that Biden was officially elected, booting Trump after a four-year term. Of course, as you surely know, Trump is not accepting his loss, filing lawsuits in several states to order re-counts.

Are you as happy as Iggy was to find out, or was your celebration more subdued?