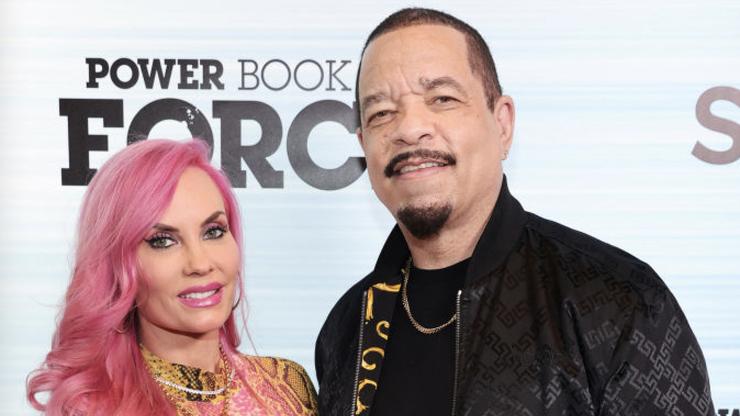 “When your husband turns into paparazzi,” the mother of one captioned her bootylicious uploads.

Ice-T is fulfilling his duties as Coco Austin’s Instagram husband on their family vacation. As Hollywood Life reports, the couple has been on a trip to the Bahamas with their 6-year-old daughter Chanel, sharing plenty of social media content with their friends and fans, although some of it has raised more eyebrows than intended.

Just a few days ago, the mother of one was flamed online for sharing a picture with Chanel in a stroller; countless users couldn’t help but point out the dissatisfied look on the young girl’s face. Austin fired back, calling the comments “ridiculous,” and according to her latest uploads, she’s been able to move on from the hate and have some fun in the sun with her family.

On Friday, May 27th, the 43-year-old shared a series of snapshots that find her and Chanel rocking matching pink and blue bikinis. “People ask if we’ll ever get sick of matching,” she wrote in the caption.

“The answer is no!! We both love it too much, been doing [it] since Chanel was born.” While the 6-year-old’s swimsuit offered much more coverage, her mother’s revealed her curvy behind, which her man also couldn’t help but capture a few photos of.

“When your husband turns into paparazzi, lol #GiveThemSomethingToTalkAbout,” the reality star captioned another upload, which finds her playing in the water with Chanel, wearing the same bikini from before the matches her long, hot pink hair.

From the sounds of things, Coco is accustomed to receiving hate at this point; late last year she was heavily criticized for uploading a video of her daughter twerking, and before that, she faced backlash for getting her nails done – read more about that here, and tap back in with HNHH later for more pop culture news updates.