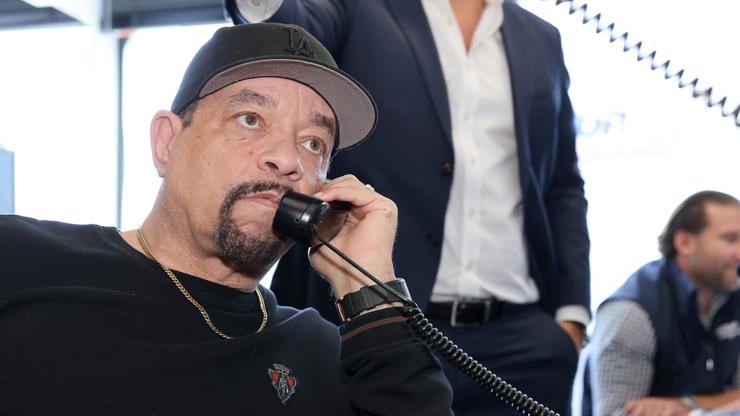 Still, people tried to prove him wrong, but he stood firm and added that Tupac’s death was related to a chain-snatching incident.

The PNB Rock commentary has been ongoing since news first broke that the rapper was shot in Los Angeles. Within hours, it was confirmed that the beloved Philadelphia rapper succumbed to his injuries, and the tragedy once again put L.A. in the crosshairs of conversations regarding safety. We’ve reported on officials in the City of Angels alerting the public, and celebrities, of a rise in crime. There have been brazen attacks in Beverly Hills as assailants openly rob people on the street, and we can’t fail to mention the unfortunate death of Pop Smoke who was killed during a Hollywood Hills home invasion.

Boosie Badazz has long lamented that L.A. wasn’t a city to mess with for rappers, and Ice-T is a veteran who has also echoed similar warnings.

Ice-T shared his frustration with the younger generation who he believes hasn’t been heeding his advice.

“I’m done explaining LA Gang culture… MFs will not listen. It’s not a game.. At all,” he wrote. Later, he explained his position. “People are still hitting me up about my comments about LA Gang culture.If you NOTICE, LA rappers don’t wear a lotta Jewelry… Me, Snoop, Cube, Dre, Game, Kendrick..The list goes on.. It’s not cause we’re broke. LA is just a Dangerous place,rapper or not. Why test the streets.”

Someone responded by sharing a photo of The Game wearing a large chain, but Ice-T wasn’t moved. “Thats on certain occasions when you’re ready for whatever… I have Big Jewelry too… But you don’t wake up EVERYDAY and put it on to go down the block.. As I said before… Challenge the hood, somebody’s gonna catch that Fade.”

The Rap icon also added that Tupac Shakur’s death was tied to a chain-snatching incident. Check it out below.