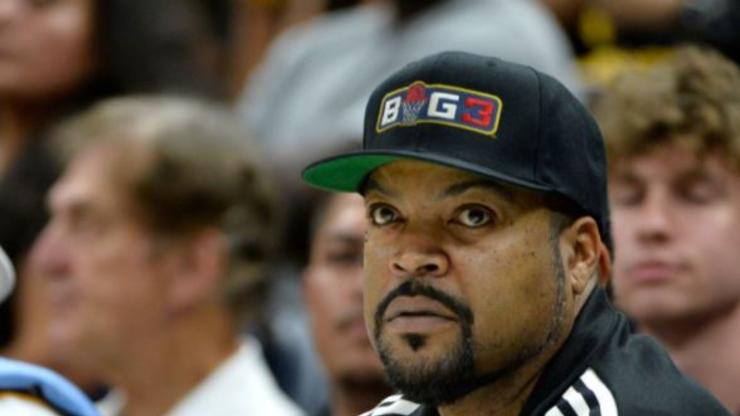 The call included Killer Mike, Snoop Dogg, & DL Hughley, but Cube said he didn’t want to just “spin my wheels” with “12 other people who had nothing to do with it.”

He wants to help implement policies for the Black community, but Ice Cube doesn’t want to waste his time. The rapper has caused a stir in recent weeks over his “Contract With Black America” and how it’s been twisted into becoming a tool used by the Republican Party. Cube made it clear that he will speak to anyone in the political sphere about his plan, but after right-wing conservatives attempted to use his name to help promote Trump’s campaign, the rapper shut down the noise quickly. There have been some disagreements regarding whether or not Joe Biden’s camp delayed meeting with Cube, but he did admit to Cocktails with Queens that he rejected a Zoom call with Kamala Harris because it wasn’t one-on-one.

Representation matters at every level of political office—but especially in the White House. That’s why a Biden-Harris administration will reflect what America looks like.

During his recent appearance on the virtual show, Cube stated that the Biden campaign “did reach out” but “they said we’ll hook up after the election.” Claudia Jordan told him, “To be fair, they’re not the party in power right now.” She also heard that Ice Cube had been contacted to participate in the Zoom call with Harris, a call that also included D.L. Hughley, Snoop Dogg, and Killer Mike.

“We had spent a lot of people time putting the ‘Contract With Black America’ together and I just thought that getting on a Zoom call with 12 other entertainers all shooting what they believe needs to be done, to me wasn’t gon’ be productive,” said Cube. “And I was also, ’cause my lawyer Matt Johnson has a connection with Kamala Harris, and I was promised a call that I never received. So, you know, that’s why I didn’t feel like I wanted to be on that Zoom call. I feel like our plan is so broad that you can’t talk about it with 12 other people who had nothing to do with it. These are a lot of things that needed to get done so I wanted to have a serious conversation and not just a rally cry kind of conversation.”

Cube was criticized for previously saying that he was open to receiving help from others, but now stating he didn’t want to participate in the Zoom call. “I want to get things done. I don’t want to just spin my wheels [and] talk to people who can’t really make it happen.” Watch Ice Cube get grilled on Cocktails with Queens below and make sure to read through our story on everything you need to know about the “Contract With Black America.”