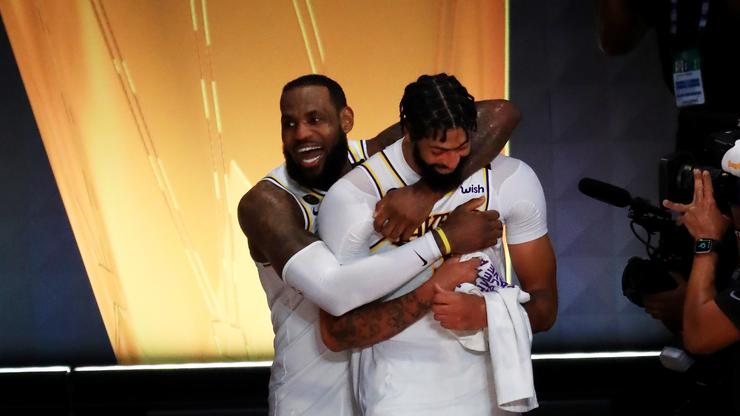 LeBron James and Anthony Davis were the best duo in the league, this season.

LeBron James came into last night’s NBA Finals game with one simple mission: take home the Larry O’Brien trophy and give the Los Angeles Lakers their 17th NBA title. In the end, that is exactly what he did as the Lakers came through with a dominant performance on both sides of the floor. LeBron’s play throughout the series was good enough to grant him the Finals MVP trophy, which some felt could have gone to Anthony Davis.

LeBron and AD shared a special bond throughout this season and last night, it was especially apparent as the two hugged it out during the dying seconds of the game. LeBron could be seen hugging AD from behind as the latter appeared to be in a complete state of shock and euphoria considering the circumstances.

Chris Haynes of Yahoo! Sports reported on the special moment between these two and revealed exactly what LeBron told AD during that iconic moment near the arena exit. As he explains, LeBron said, “we’ve got more work to do.”

Davis is about to become a free agent although all signs point to him signing on to the Lakers for a few more years, especially since there is a good chance he and LeBron could repeat as champions. Based on LeBron’s reported comments, it seems clear that the 17-year veteran is convinced he still has plenty left in the tank to deliver yet another Chip to Los Angeles.