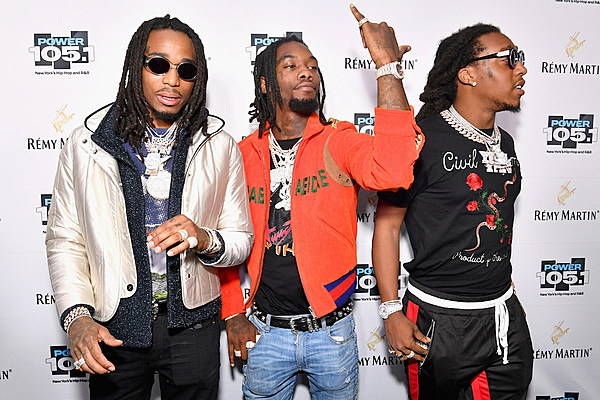 The sequel to Migos' Grammy-nominated Culture album drops this Friday (Jan. 26) but details about it have been mostly quiet. That changes today (Jan. 22), as Quavo posted the production credits for Culture II on Instagram.

The post itself is a picture a legal pad, with stylized versions all the producer's names. Quavo captioned it with, "U M A D E T H A C U T ✂️? C U L T U R E I I 1 / 26 / 18." The list is full established names like Metro Boomin, Kanye West, Mike Dean, Pharrell and more. There are newer producers like Ricky Racks and Earl The Pearl, to name a few. Surprisingly, Quavo has a solo production credit on the album. The album lists "Huncho" (Quavo) and Migos mainstay DJ Durel as executive producers.

In a recent interview on Beats 1 Radio regarding the new LP, Quavo told Ebro Darden that they pushed for a scene with Cardi and Nicki together for the "Motorsport" video. While the union didn't end up happening, that's an interesting tidbit about a song that worked out pretty well for every artist involved.