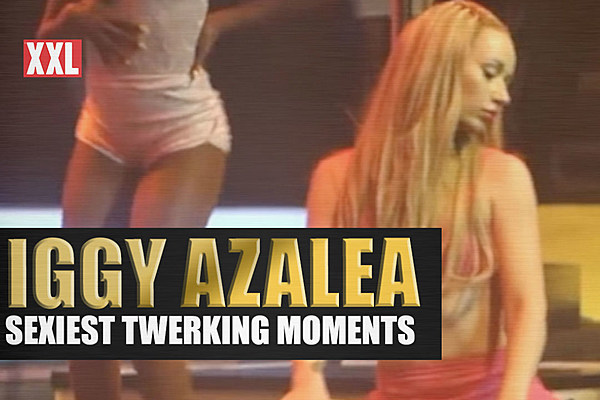 Known for always showing f her goods, Iggy is never shy to highlight her sex appeal whenever she gets a chance. Case in point, the "Mo Bounce" music video where Iggy not only stunts with her fashion sense, but also with her flawless body. Twerking seductively to the sounds her bouncy new single, the rapper gives her male followers plenty jaw-dropping moments with incredible assets in the music video.

For Iggy fans, twerking is part the norm for all her music videos. In 2014, she surely made her twerking skills known, when she released the music video for her hit single "Work." Dressed provocatively in a nude top with yellow mini shorts, Iggy made her stamp back then as a female in the music industry with talent and plenty sex appeal.

With Iggy Azalea considered one today's sexiest and hottest entertainers, XXL looks back at the Australian bombshell's best twerking moments.