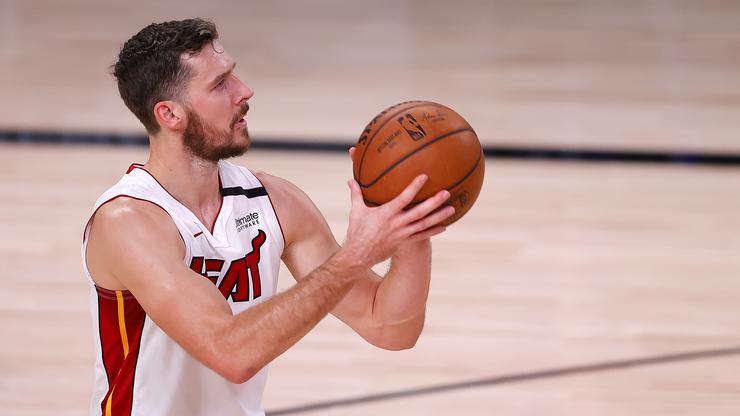 Goran Dragic has been out of the Heat lineup since Game 1 of the NBA Finals.

Goran Dragic was a key piece to the Miami Heat puzzle for much of the NBA playoffs. As their starting point guard, Dragic proved himself to be a more than capable scorer who could be relied upon to also play defense. In Game 1 of the NBA Finals, Dragic was believed to be the player who could be a solid difference against the Los Angeles Lakers. Unfortunately for Dragic and the Heat, he suffered a torn Plantar Fascia in the first game, which took him out of the lineup for an extended period.

Over the past few days, Dragic has been attempting to get himself back in the lineup, although nothin really seems to be working for him. Prior to Game 4, Dragic even took to the pre-game warm-up, although it simply wasn’t meant to be. Today, Shams Charania of The Athletic reported that Dragic is officially out for Game 5 as well, which means the team will be missing their point guard for an elimination game.

The Lakers are up 3-1 in the series and have a chance to close out the series tonight. If they do, the franchise will win its 17th NBA title. This is reason enough to be motivated and without Dragic, the Heat will be at a clear disadvantage.