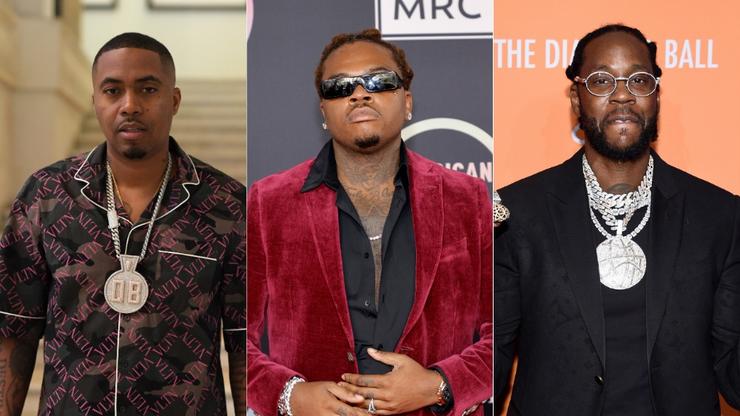 A few tracks off of “DS4EVER,” 2 Chainz & 42 Dugg’s new money-making anthem, and a highlight off of Nas & Hit-Boy’s latest project make up this week’s playlist.

The holidays are officially over and we’re back to the grind as 2022 kicks off. 2021 was a bit more hopeful than the year prior but many are simply sick of dealing with the pandemic and would finally like to be outside. On top of that, the abundance of music we’ve received over the past few weeks is largely appropriate for turning up with the gang.

We’re back with our first Fire Emoji update of the year following the holidays, and this week’s playlist is filled with bangers. For starters, Gunna holds several places on the Fire Emoji playlist, thanks to the release of DS4EVER. Collaborations like the Young Thug & Future-assisted, “pushin p” and “thought i was playing” ft. 21 Savage have garnered immediate praise, so it felt only appropriate to add it to this week’s playlist. Additionally, Gunna also secures a spot on the playlist with “south to west.”

Along with hear from Gunna, we also have the latest offering from 2 Chainz. With a new album due out later this month, Chainz enlisted Detroit’s 42 Dugg for his latest single, “Million Dollars Worth Of Game.”

Finally, we included some heat off of Nas & Hit-Boy‘s Magic project which dropped on Christmas Eve. “Wave Gods” ft. DJ Premier and A$AP Rocky is an essential vibe for your Saturday night plans.

Check the latest playlist update below and sound off in the comments with your thoughts.