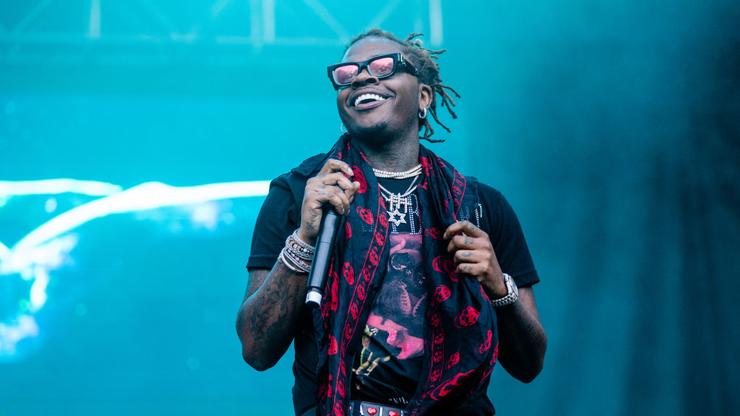 Gunna hits the studio to preview an unreleased banger, fueling speculation that he’ll be dropping off some new music soon.

For Gunna, Young Thug, and the entire YSL team, sharing snippets on Instagram has become the new promotional wave. In fact, by the time a given single actually lands, many fans have already familiarized themselves with a verse, a chorus, or possibly even a combination of the two.

Fans of Gunna have grown accustomed to catching early glimpses at upcoming material, and given how frequently the Atlanta rapper tends to hit the studio, it’s been a steady stream to be sure. Now, Gunna has opted to showcase another unreleased drop, taking to Instagram to provide an update on what he’s been cooking up. “My n***a lifts a kilo,” he raps, over an up-tempo piano-driven instrumental. “Every time they see my whips the kids say bingo.”

At this moment, it’s difficult to assess where this one is destined to appear. The obvious choice would be the upcoming Slime Language 2, which has already been confirmed for a Black Friday release — though let’s be honest, it’s entirely possible that one gets delayed. It could also be slated to appear on whatever Wunna follow-up Gunna has in the pipeline; though he only recently delivered his last album, few keep such a consistently prolific pace.

Check it out for yourself below, and should you be seeking something further from Gunna, catch up on our official Digital Cover Story right here. Are you excited to hear some new music out of the YSL camp?