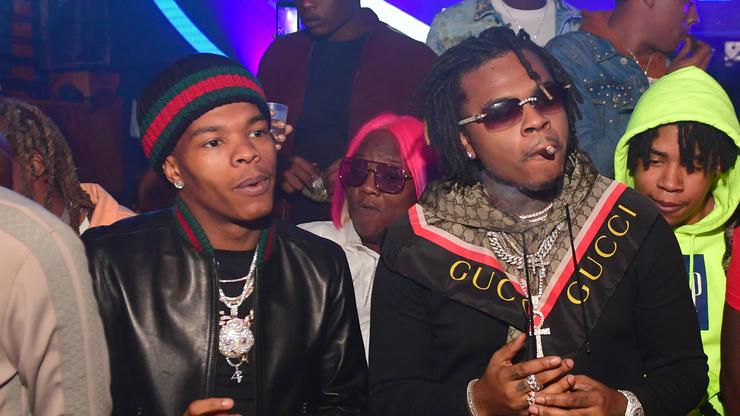 Baby celebrated his birthday in Atlanta over the weekend.

Atlanta trap music icon Lil Baby turned 27 on Dec. 3. While he threw a small party with some of his closest friends on the day of, he took it to the next level this past weekend to keep the party going.

On Dec. 12, Baby hosted a concert at State Farm Arena, home of the Atlanta Hawks. He brought out a litany of hip-hop and trap favorites for his fans at the show, including Gucci Mane, Young Thug, Gunna, Lil Durk, Meek Mill, 21 Savage, Latto, City Girls, MoneyBagg Yo, 42 Dugg, Lakeyah, EST Gee, Rylo Rodriguez, Fredo Bang, Unfoonk and more. Although Rolling Loud took place in Los Angeles this weekend, Baby’s concert competed with it in star-power.

At the presumed after part for the show, Baby received gifts from his rapper friends. His, likely, closest rap friend Gunna probably received the honor for best gift of the night. Gunna gifted Baby a custom chain with the names of both of Baby’s kids, Jason and Loyal, on it. Lil Baby showed off the glistening necklace on his Instagram story: “This the oneeee.”

Gunna and Lil Baby came up in the rap game together, as Baby used to pay Gunna to write some of his verses for him. From then, the two collaborated on multiple hits, and even released an intriguing collab album in 2018 titled Drip Harder. The album’s lead single “Drip Too Hard,” is 9x Platinum, and on its way to Diamond certification.

It’s nice to see their friendship is still in tact and fruitful. Check out Lil Baby’s new chain that Gunna gave to him for his birthday.