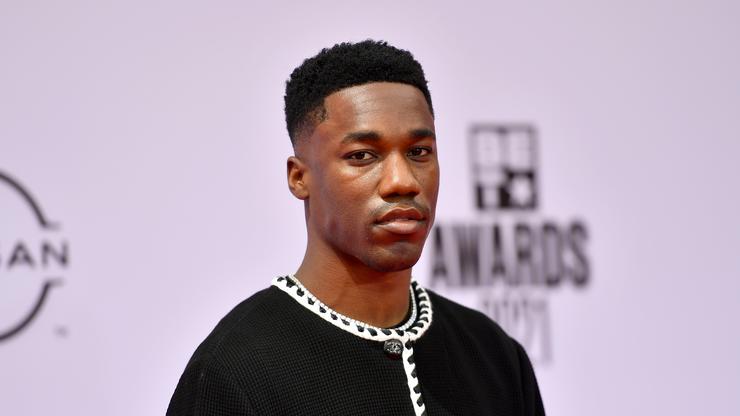 Giveon fans were not happy when the Grammy-nominated singer’s tour sold out in the blink of an eye.

When Giveon first popped onto the scene, singing the chorus on “Chicago Freestyle” it felt like the Chicago singer would be the next recipient of the Drake stimulus package. In the year-and-a-half since then, however, it has become clear that Giveon’s rise to stardom was inevitable regardless of who co-signed him.

Receiving a Grammy nomination for his EP Take Time, another feature on a Drake record, this time on Certified Lover Boy‘s “In the Bible” alongside Lil Durk and most recently, the MTV VMA for Best Pop Video for his appearance on Justin Bieber‘s “Peaches” with Daniel Caesar, Giveon’s star is ascending at a rapid rate and a couple of days ago, when the “Heartbreak Anniversary” singer announced his Timeless tour, fans were excited for an opportunity to watch him perform live.

Unfortunately, when those Timeless tour tickets were made available for presale this morning, they sold out in the blink of an eye, leaving many fans disappointed.

Giveon did attempt to remedy the issue, adding more tickets to multiple shows and an extra date in December but the damage had been done. Fans were left wildly disappointed and skeptical that Giveon’s switch to larger venues would even be enough.

On the “Chicago Freestyle” chorus Giveon sings, “Thirty degrees way too cold so hold me tight, will i see you at the show tonight?” After this morning’s rapid sellout, it turns out a whole bunch of people who wanted to see Giveon will *not* be seeing him at the show tonight.

Did you try to grab Giveon tickets? Were you successful or did you miss out? Let us know in the comments.