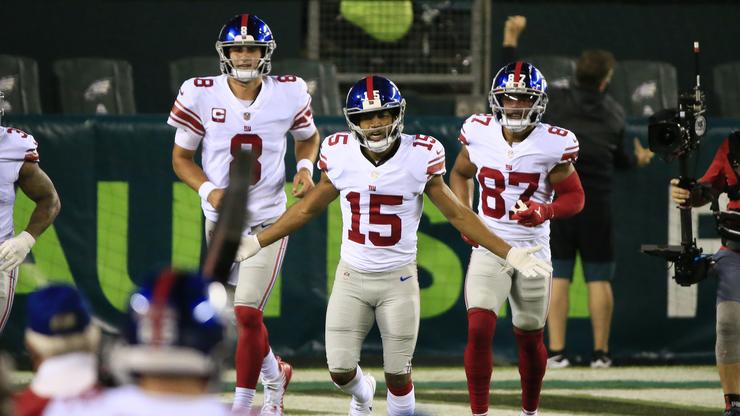 The Giants benched Golden Tate for his recent outburst regarding his role in the offense.

The New York Giants have benched wide receiver Golden Tate for the team’s upcoming game against Washington. Tate was visibility upset about his usage in the gameplan last week and liked a tweet suggesting that he should move on from the Giants.

Tate could be heard shouting “throw me the ball,” during the Giants’ 25-23 loss to the Buccaneers, last week. His wife, Elise, voiced her own annoyance with the team on Instagram after the game.

Tate was instructed not to travel with the Giants for the upcoming divisional matchup; however, ESPN reports that the team has no intention of cutting the veteran.

“His role is the same as every player on our team. Show up to work, work hard, put the team first and when you have the ball come your way, to make a play on it,” Judge said Tuesday. “If you’re not involved with the ball directly at you, to block, help the quarterback. For defensive players, to make sure we play our leverage, tackle and get the team off the field. Look, put the team first in whatever you’re asked to do. If you catch 10 balls, great. If you catch one ball, that’s great too. On the other plays within the game, do everything you can to help the team.”

The Giants will take on Washington, Sunday, without Tate.