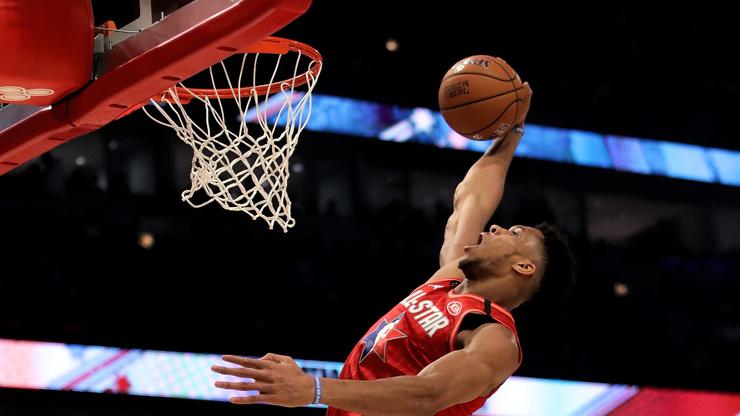 Giannis Antetokounmpo was captaining his own team in the NBA All-Star Game last night and unfortunately, it didn’t work out so well for him. His squad lost 157-155 as Kawhi Leonard Team LeBron won the entire show. After the game, Giannis spoke about his team’s loss and what they were trying to do fensively near the end the game in order to ensure a victory. The Greek Freak took this opportunity to send some shots at James Harden who was playing for LeBron James’s team. For those who don’t know, Giannis took a shot at Harden, last week, while drafting his team.

“Offensively, we were just trying to find whoever James Harden was guarding. That’s who we thought we had an opportunity to score on,” Giannis said.

This latest diss is an interesting one as it begs the question: what does Giannis have against Harden? The Milwaukee Bucks and Houston Rockets don’t have much a rivalry although Giannis and Harden always seem to be in MVP conversations. Harden had a lot complaints when Giannis won MVP last season so perhaps the Greek Freak is trying to send a message to the Rockets superstar.

Either way, it will be interesting to see how these two approach the game the next time they play against each other.