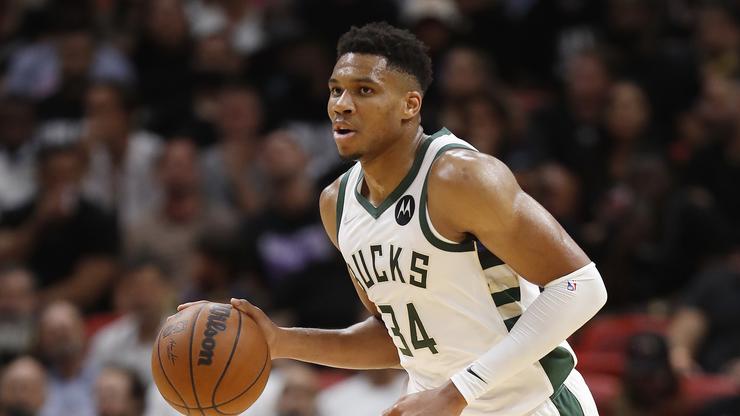 Nike, Giannis, and Uno collaborated for a custom shoe line and apparel.

Milwaukee Bucks’ superstar Giannis Antetokounmpo and his Nike partnership have collaborated with Uno in celebrating the 50th anniversary of the popular card game. Together, Nike, Uno and Giannis have presented a unique collaboration, featuring a footwear line, Uno-inspired apparel, as well as an exclusive Uno card deck with the basketball star’s branding, coming soon.

Shoes included in the collaborative footwear line include Giannis’ own signature Nike Zoom Freak 3, a multicolored Nike slip-on, and a custom Nike Air Force 1 sneaker. All three of the items in the line’s colorways were inspired by primary Uno colors and creative ideas from the NBA superstar. Apparel in the collab features a Uno x Giannis graphic-designed hat and T-shirt.

On being able to design and work with Antetokounmpo, Global Head of Games at Mattel, Ray Adler, said, “Working with Nike and Giannis to design and curate this collection was truly an honor, and this collaboration shows how Uno can bring people together… Partnering with this iconic brand and world-renowned athlete is the perfect celebration of Uno’s 50th anniversary.”

Giannis also spoke on the collaboration in a statement, saying, “I want every product to be genuine and authentic, and playing Uno with my brothers is a big part of our lives. The Nike team has done a great job bringing my ideas to life, and I think they’ve created something for every Nike, Uno, and basketball fan in this collection.”

Playing Uno has had an impact on Antetokounmpo and his family, and although a footwear line collab, Nike, Uno, and Giannis still put an emphasis on the game itself. In the custom-branded card deck, a new “force a turnover” rule has been implemented, where a player is able to now force a steal, taking an extra discarded card.

This special deck will be available to fans for purchase on November 11th with Mattel Creations and NTWRK, with the custom apparel and footwear line set to drop on Nike.com in the next several months.

Check out more photos of the Nike x Uno collab, below: