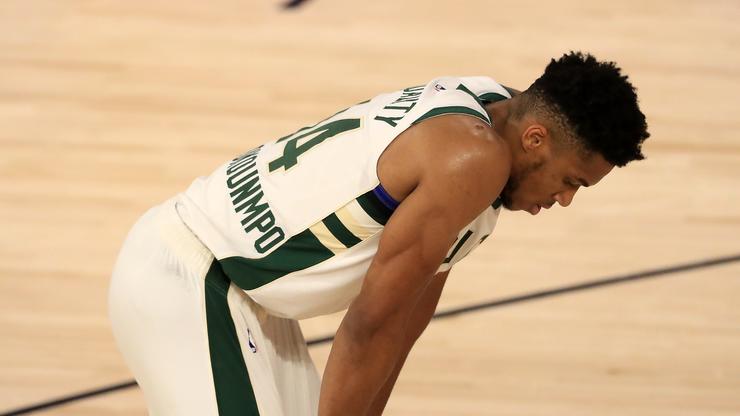 Giannis Antetokounmpo couldn’t let Nick Kyrgios get away with starting some drama.

Giannis Antetokounmpo has some massive decisions to make over the next few months as he looks to figure out his future in the NBA. For now, Giannis is on the Milwaukee Bucks, and as of 2021, he will become a free agent. He can either sign a supermax deal with his current team or decide to leave and take less money elsewhere. At this point, no one really knows what Giannis intends to do, although that hasn’t stopped the rumor mill from doing its thing.

Earlier today, we reported on how tennis star and fellow Greek national Nick Kyrgios revealed that Giannis smiled when asked about the possibility of joining the Heat. The Heat have always been mentioned alongside Giannis rumors, so Kyrgios’ revelation wasn’t all that surprising. Regardless, Giannis is now trying to get ahead of it all as he took to Twitter today, saying “Why do you always have to start something?”

“I just asked him a bunch of questions,” Kyrgios said in an interview with the Sydney Morning Herald. “I asked him straight away if he was going to go and join Miami and then he had a massive smile on his face. Maybe that could be brewing.”

This week, the NBA is allowing teams to start making trades and on November 20th, free agency will officially commence. Should the Bucks acquire some premium talent, there is a good chance Giannis will end up staying, as the Bucks will have a better shot at a title. However, if the Bucks don’t improve and the team fails to make it to the NBA Finals, there is a good chance the Greek Freak is on a new team, starting next season.