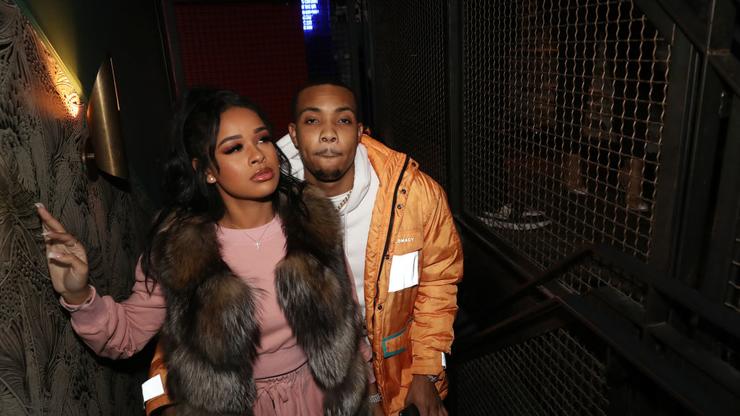 G Herbo suggests that Taina Williams went to prom by herself because nobody wanted to be her date.

Prom is a special part of the high school experience, giving teenagers one last chance to party with their friends, hopping in the limousine and riding into college in style. Recently, there has been a “proposal” trend where boys will ask girls to be their dates to prom. Looking back on her days in high school, Taina Williams revealed to her boyfriend G Herbo that she ended up going to her dance alone, which the rapper has been teasing her about incessantly.

“Y’all know Taina ain’t get invited on prom?” asked G Herbo to his Instagram followers, doing the most once again. Taina was in the car, quickly correcting her man.

“I chose not to go to prom with anybody! I wanted to go by myself,” she clarified. Herbo kept teasing her though, demanding an answer as to why she felt more comfortable without a date. “I did not want to regret going with somebody,” she explained. “Who wants to look back twenty years from now and go, ‘ew, why did I go to prom with this guy?'”

She eventually had enough of the teasing, fighting back and reminding Herbo that he didn’t even go to prom, which he debunked by claiming that, when he was in eighth grade, he somehow snuck his way in. He didn’t go after graduating, though.

As always, Herbo stays teasing Taina. When will it stop!?