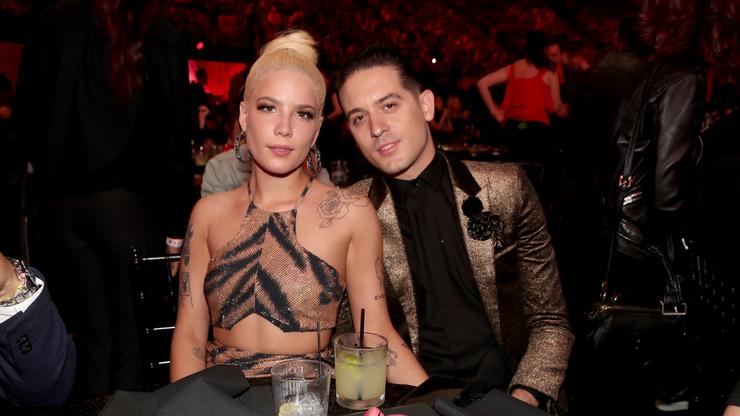 “For anyone to speculate is just irresponsible,” says G-Eazy’s rep concerning the poem.

Earlier this month, Halsey released a new anthology titled I Would Leave Me If I Could. One of the poems in the book, “Lighthouse,” reveals some shockingly disturbing allegations about one of the 26-year-old singer’s ex-boyfriends, whom many people believe to be G-Eazy.

In the poem, Halsey details a partner’s heavy cocaine usage, writing,  “He would stuff his nose with cocaine / for days on end / until the rims of his nostrils / were caked with white.” She then reveals an experience of domestic abuse, writing “he would put his bleeding hand around my neck and say ‘I’m going to f*cking kill you.'” Halsey said she would then, “take his hand / off my neck gently / and wrap my arms around his head… / and whisper that it would be okay.”

Halsey did not disclose who the poem was about, but the public has been quick to draw parallels between the “7-foot-tall” coke-sniffing man she describes, and her ex, G-Eazy, who is 6’4” and known to have used cocaine in the past. Halsey and G-Eazy’s relationship came to an end in 2018 upon G-Eazy’s infidelity.

G-Eazy’s publicist said of the matter, “We understand everyone’s desire to continually link them for sensationalist purposes, but she did not name any names, so for anyone to speculate is just irresponsible.”

Halsey has yet to confirm or deny any rumors. Check out her and MGK’s “Forget Me Too” video here.