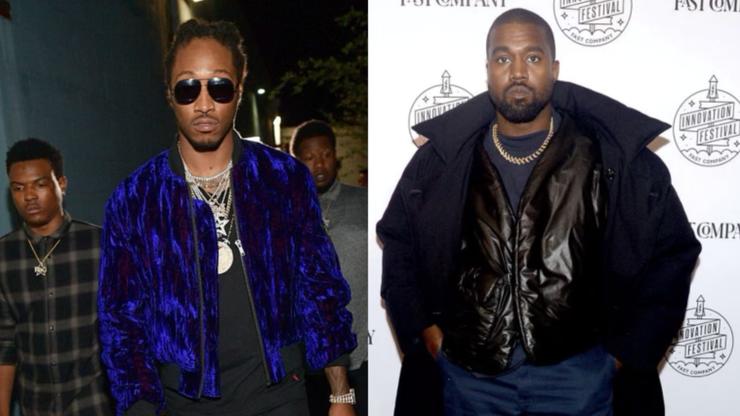 It’s possible the song could appear on Pluto’s upcoming project.

One of the titles that hip hop fans are looking most forward to streaming this forthcoming New Music Friday is Future’s I Never Liked You, marking the 38-year-old’s first project since 2020’s joint tape with Lil Uzi Vert, Pluto x Baby Pluto.

While we have yet to receive a tracklist from Hendrixx, the father of seven did reveal the cover art yesterday (April 25th), earning him well over a million double taps. Before that, he kept it stylish on the cover of GQ, who dubbed him “the best rapper alive,” although some (such as Questlove) have challenged that title.

No matter what his haters have to say, Future made it clear during a recent interview that his vision for what’s next involves one thing, and one thing only – billions. With friends like Kanye West in his corner, that feat shouldn’t be hard to achieve.

On Tuesday, April 26th, the “Mask Off” artist hopped on his IG Story to tease what seems to be an upcoming collaboration with Ye in the form of a brief clip. “Cross me so much, I got nails in my hand / City on fire, city on fire,” the 44-year-old spits in the preview.

As Complex notes, it’s entirely possible that the unnamed song could be included on the lineup for I Never Liked You, arriving at midnight on April 29th. During his cover story interview, Future dished on his relationship with Ye, which apparently goes much deeper than it might look on social media. “It’s hard for people to understand, because I don’t put everything on Instagram,” he explained.

“Kanye flew me to Paris in 2011 or 2012 to work on music. [Discussing] his clothing line before it came, his shoe business before it came. People don’t know I’ve been able to go to his house, and pull up right into the crib. We just never talked about it.”

Are you excited to hear what Pluto and Ye have been cooking up together? Drop a comment below and let us know, and tap back in with HNHH this Friday to stream I Never Liked You.