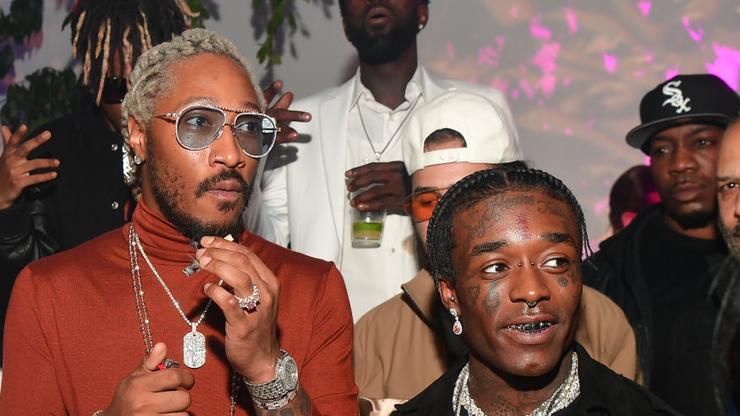 Pluto and Baby Pluto take a trip to space in the reported cover artwork for their collaborative project.

Update: Future just posted the cover artwork to Twitter, confirming that it is legitimate.

The stars are finally coming together. After months of teasers and fan speculation as to when they would pull the trigger, Future and Lil Uzi Vert finally announced that this week, on Friday the Thirteenth, they would be releasing something special. With a couple of singles already having been released, and a few more leaking out this week, it looks like the full-length collaborative project may finally be upon us.

According to multiple sources, the iconic duo will not simply be releasing a new song tonight. Apparently, they’ll be hitting us with a full project, which was initially rumored to arrive a few months ago.

DJ Akademiks even risked his credibility to share the reported cover artwork, which has not yet been confirmed by Pluto or Baby Pluto.

The artwork shows two astronauts floating in space, surrounded by trippy colors and a spiral effect in the center. The dominant colors are blue, red, and green, with hints of yellow at the bottom.

There is also a rumored tracklist floating around on social media, which is yet to be confirmed.

Hopefully, all of the information surrounding this long-rumored project is revealed to be true by either member of the duo because, man, we could definitely use some new music from Future and Lil Uzi Vert right about now.

What are you expecting from this project?