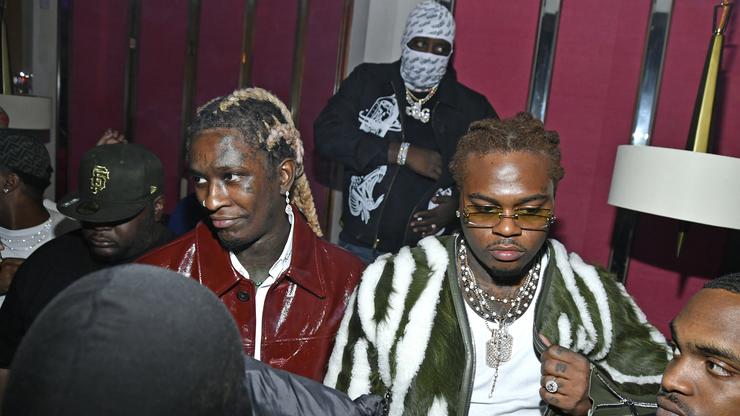 The Fulton County DA says she’s looking at life sentences for those involved in the recent YSL gang indictment, which included Young Thug and Gunna.

Fulton County District Attorney Fani T. Willis says that the prosecution will be seeking life sentences for “many” of those involved in the recent YSL gang indictment, which included Young Thug and Gunna.

“We’ll ask on the different charges for the maximum penalties, and there’s obviously many people that are looking at life under this indictment,” she said. “You’re absolutely right. These are serious crimes, they’re serious allegations, and it is my opinion that violence in our community deserves maximum penalties.”

As for the two rappers in particular, Thug has been charged with conspiracy to violate the Racketeer Influenced and Corrupt Organizations Act (RICO) and participation in criminal street gang activity, while Gunna has been charged with one count of conspiring to violate RICO. Charges for others featured in the 56 count indictment include murder, aggravated assault, firearms violations, theft, drug possession, participating in street gang activity, armed robbery, and carjacking between 2012 and 2020.

“RICOs is a tool I use,” Willis remarked of the charges, warning that more arrests are soon to follow over the next several weeks.

Atlanta Police Chief Rodney Bryant said that police “got one of our top offenders off of the street” after Thug’s arrest.

Willis also commented on the prosecution’s intention of using lyrics in their case, saying that the First Amendment doesn’t protect using speech as evidence.

“It’s one of our most precious rights,” she explained. “However, the First Amendment not protect people from prosecutors using it as evidence if it is such.”

Check out Willis’s comments below.