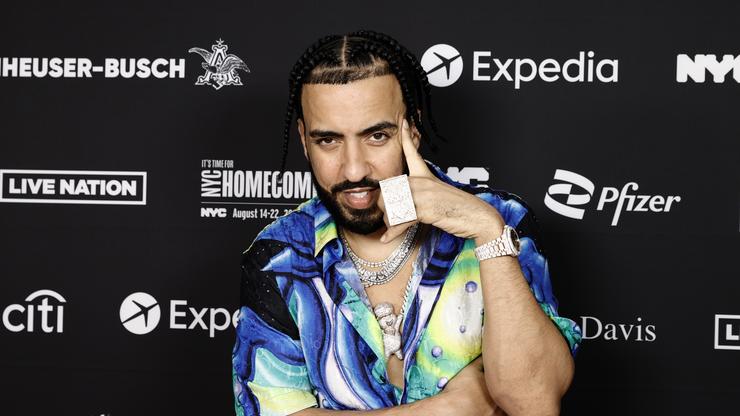 The landscaper claims no one was looking after the animal when it allegedly attacked him at Montana’s Calabasas mansion.

Another artist is facing legal trouble over an alleged dog attack. Earlier this year, Chris Brown was sued after his cleaning lady was reportedly attacked by one of his beloved dogs. That case is ongoing, and today (October 29), Radar Online reported that new court documents show that French Montana has been tacked with similar accusations.

Montana has been enjoying his introduction into the weekend with the release of his new single, “I Don’t Really Care.” The record came with an announcement that the rapper plans to release his fourth studio album, They Got Amnesia, in just two weeks, but unfortunately will him, he also has to deal with a lawsuit.

According to Radar, they’ve taken a look at the court documents filed by Jason Leyva, a reported landscaper, who was said to have been working at the rapper’s mansion in Calabasas back in November 2019. Leyva claims that Montana’s Tibetan Mountain Dog was roaming around “freely without any form of restraint or control of a competent person,” basically meaning no one was there to look after the animal.

Leyva claims that the pup is dangerous because it has a history of attacking people and the landscaper believes that Montana was negligent in restraining the dog properly.

“Defendants failed to have the dog under restraint or to take any other precautions to prevent the dog from attacking Plaintiff or other persons or to warn invitees of the danger posed by the dog,” reads court documents. “Plaintiff has been unable, and will continue in the future to be unable, to attend to his normal occupations, resulting in a loss of earnings and earning capacity.”

In 2019, another man named Daniel Banuelos also sued French Montana over a dog attack. Banuelos was reportedly at the rapper’s home to install a security camera when he claims Montana’s dog “violently attacked and viciously” injured him. Not only that, Banuelos claims that Montana was encouraging the animal to act aggressively.