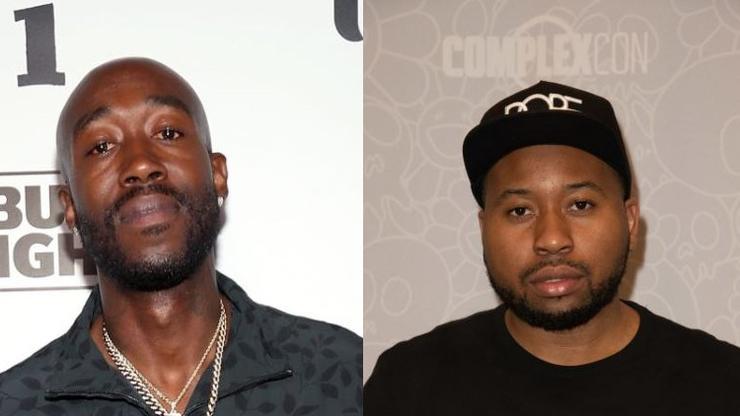 Freddie Gibbs recently spoke about Jeezy, calling the legendary rapper irrelevant, and that didn’t sit well with Akademiks. Now, Gibbs and Akademiks are going at it.

He knows how to stir the pot, and that’s exactly what DJ Akademiks did on his virtual episode  Everyday Struggle. Recently, Freddie Gibbs spoke with Bootleg Kev about his former label boss, Jeezy. The rapper was once signed to Jeezy’s CTE, and during their conversation, Gibbs spoke about the relevancy Jeezy in the current hip hop culture. “Jeezy is musically irrelevant. Let’s be real. Did you listen to his last album? No you f*cking didn’t. He’s a legend but right now, you’re irrelevant.” Gibbs added, “I love him, but what you want to fight? You can’t fight me or] out rap me. Any n*gga that can’t out rap me or beat me up, I don’t give a f*ck about.”

Gibbs’s comments were controversial, causing Akademiks to weigh in with his opinion. “If Jeezy is irrelevant, Freddie Gibbs, you are absolutely irrelevant as well,” Akademiks said. “His co-hosts disagreed. “If Jeezy drop a album right now, he’s selling 50,000 units].” It seems that Akademiks was drawing his conclusion from the sales  Alfredo, Gibbs and Alchemist‘s latest collaboration which sold 30,000 the first week.

“Relevancy means is your music actually doing anything, and to be honest, other than the few people who f*ck with Freddie Gibbs, what relevancy does he have?” Freddie caught wind Akademiks’s remarks and took aim on Twitter. “I’ll give a bad b*tch 5k if they admit to sleeping with @Akademiks,” Gibbs tweeted. The Everyday Struggle host did his best at responding to Gibbs, telling him to pull up his tax returns to prove how much he makes.

“Boy shut the f*ck up. U pay for sex,” Gibbs replied. “My son’s room bigger than yo house b*tch stop it.” After another response from Akademiks, Gibbs made one thing clear. “Again shut the f*ck up n*gga I’m not Vic Mensa,” he tweeted, referring to the tense moment Akademiks shared with Mensa during an interview. When Akademiks then demanded to see Gibb’s tax returns from 2017 to 2020, Gibbs stated, “I want pro that u didn’t have oral sex with Tekashi 6ix9ine].” Check out bits the exchange below.