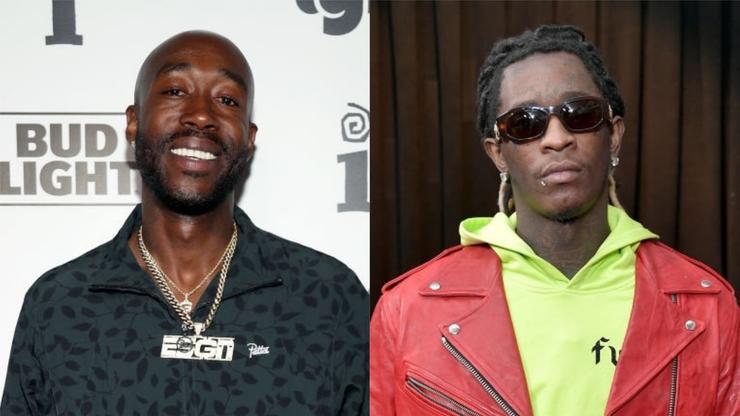 Freddie Gibbs has an appropriate reaction to Young Thug’s recent comments about Jay-Z.

Young Thug‘s only downfall has to be the way that he constantly talks down on legends in the music industry. The Atlanta native is trending across social media today for his recent comments about Jay-Z, whom he said doesn’t have thirty songs that people know on the Million Dollaz Worth of Game podcast. Shortly after the hosts challenged him, he backtracked and changed his tone completely, saying that Jay-Z probably has fifty songs that would rock a stadium.

This isn’t the first time that Young Thug has made disparaging comments about legendary figures in rap. A few weeks ago, people were going crazy after the rapper said he never paid any attention to Andre 3000. Both comments shook the hip-hop world up on social media but the Jay-Z remarks are fresher, generating responses from G Herbo and others, including Freddie Gibbs, who is seemingly just laughing at the situation and how ridiculous it all is.

“D’F*ck,” wrote Gangsta Gibbs on Twitter, re-posting the video in question. Clearly, he realizes how silly it sounds to say that Jay-Z doesn’t have thirty songs that people remember. That man has sold out arenas off his b-sides at the end of the day…

What do you think about Young Thug‘s comments? Should he stop speaking on legends? Because it feels like every time he does, he says the wrong thing.