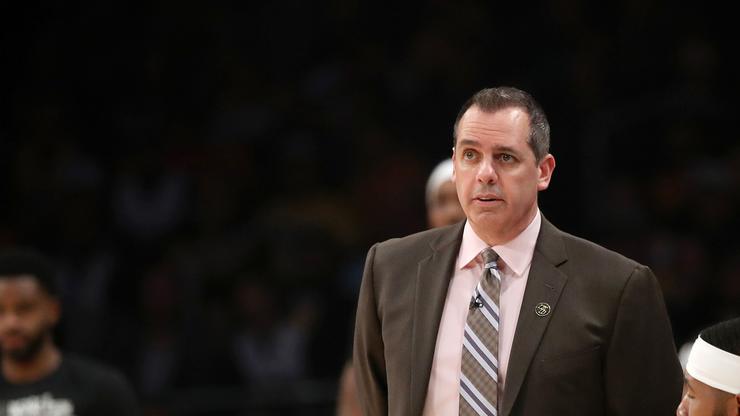 Frank Vogel says who he thinks deserves the MVP and Defensive Player the Year awards.

L.A. Lakers head coach Frank Vogel says his two-star players, LeBron James and Anthony Davis, are deserving the MVP and Defensive Player the Year awards, respectively. Vogel cited the teams’ final two games before the break, when the Lakers took on the Milwaukee Bucks and L.A. Clippers, emerging victorious in both efforts.

“In that weekend, LeBron took the toughest assignment in both games. He guarded Kawhi in the Clippers game and did a great job with him there. And then he guarded Giannis in the Bucks game when AD was in foul trouble and did a great job in those two situations,” Vogel reporters Saturday, according to ESPN. “I think that weekend was probably a great indicator or a great measuring stick.”

James averaged 25.7 points, 7.9 rebounds and 10.6 assists before the season was suspended.

As for whether or not Vogel considers himself to be Coach the Year material, he says he would cast his vote elsewhere: “But why don’t I give it to my former Indiana buddy Brad Stevens for doing a great job losing Kyrie Irving and a few others? Al Horford changing the whole identity their team and having a great season. I would probably vote for Brad.”

The Lakers first game back will be against the Clippers on July 30.