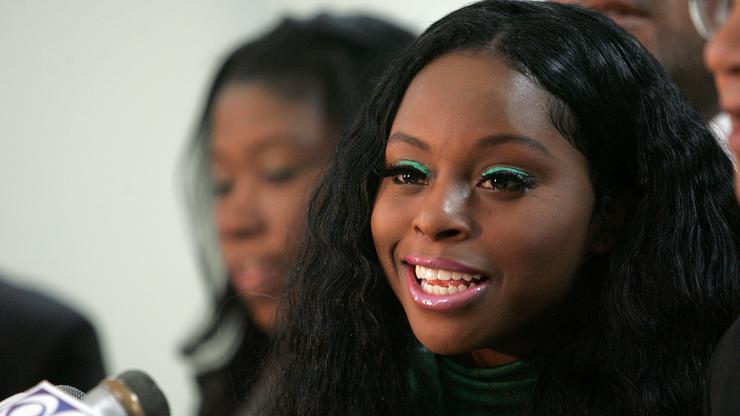 For the better part of three decades, rumors have swirled about Jay-Z and Foxy Brown.

The two rappers collaborated on numerous occasions throughout the 90s, and Hov is credited with writing a handful of songs on Brown’s debut record, Ill Na Na. But as is customary with almost all male-female collaborations, fans speculated that Brown and Hov were more than just coworkers.

Back in 2019, Hov’s Roc-A-Fella Records co-founder Damon Dash shut down a line of questioning from Nick Cannon about his relationship with Brown, and last year, Wendy Williams went out of her way to stir up speculation that the two had once been an item.

“I remember, right, when Foxy and Jay-Z had ‘I’ll Be,'” Williams said during an episode of The Wendy Williams Show. “Jay-Z was standing in the corner, ringing his hands talkin’a bout, ‘Okay, what do I do next?’ All that. This was allegedly a romantical thing. It’s alright…I’ll say ‘alleged,’ you know we know. Yeah, she hit it before Beyoncé. Allegedly!”

Despite dropping “allegedly” a couple of times, it was clear what Williams was trying to do then, and what fans are trying to do now.

Just days after Brown posted a birthday tribute for Hov on December 4, the “Get Me Home” rapper shared another throwback photo, and thanked Jay for the help he provided early in her career.

“Thank you Hovy for all the G that you taught me,” Brown wrote. “So my PEN be STUPID.”

While it seemed clear that Brown was speaking strictly about Jay’s help when it came to writing raps, fans took it an entirely difference direction. Immediately reigniting rumors of romance and incessantly name dropping Beyoncé, the response to the IG story was intense—so much so that Brown returned to Instagram to clear it all up.

What do you think of Foxy Brown’s original post dedicated to Jay-Z and her response to fans bringing Beyoncé into it? Let us know down in the comments.