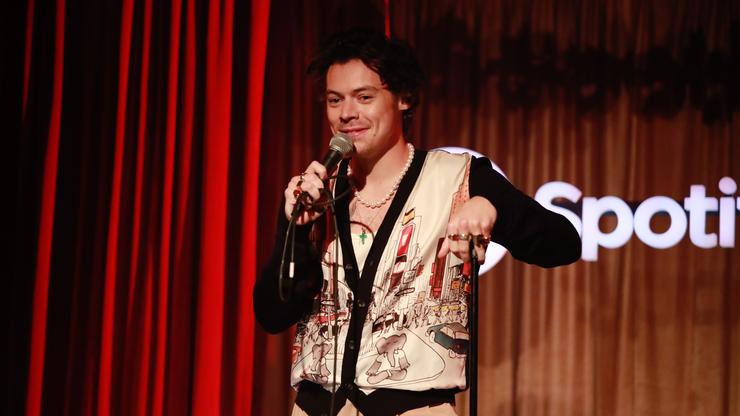 Fox News anchor Raymond Arroyo called out Harry Styles for his wardrobe choices, saying that he needs to leave the gender-bending style choices behind in 2021. He was promptly roasted across Twitter for his segment.

“Harry Styles please stick to Armani menswear or at least pants. The gender-bending wardrobe is not edgy or artistic,” Arroyo said. “You look ridiculous and you’re not breaking any new ground—David Bowie did this decades before you were even conceived. And the pearls were a really bad look.”

Styles’ clothing choices have resonated positively with many others, including Miley Cyrus who recently said she’d rather kiss the One Direction singer over Justin Bieber because she’s “into the fishnets.”

Arroyo has not been able to tweet without seeing Styles’ fans in his replies.

“Find your hairline before coming for our lord and savior Harry Styles,” one fan told Arroyo.

Another wrote: “I always felt Fox News was bullshit…but this definitely sealed the deal for me. We all know Harry looked amazing in that dress some people just haven’t came to terms yet. That’s okay..most of you have the vogue magazine in there nightstand drawer.”

Check out more of the responses to Arroyo’s segment below.