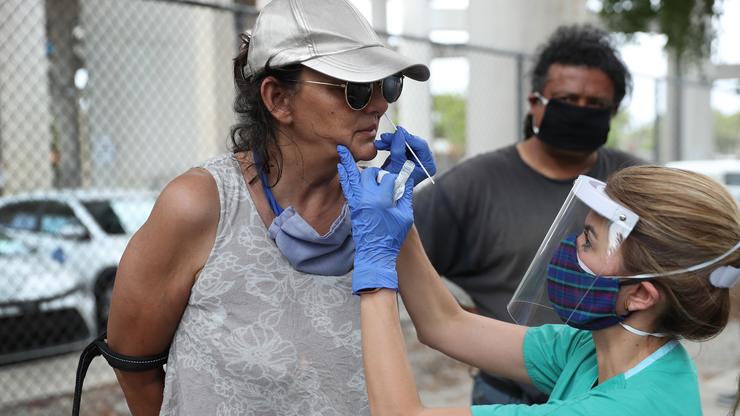 The Sunshine State is clapping back at businesses in a major way.

There have been certain states in the U.S. that have given the country pause during this COVID-19 pandemic. Despite regulations and mandates, states like Florida and Texas have been vehemently defiant as their representatives take their grievances to Capitol Hill. While Texas has been at the center of controversy recently due to now having the strictest abortion laws in the Western world, Florida has also captured attention after it announced its new policies.

Companies small and large are requiring guests and customers to wear masks, show proof of being vaccinated, or show that they have tested negative for COVID-19. Depending on where you are, the rules and regulations change, but if you’re in Florida and a business hosts certain COVID mandates, that establishment may be fined.

This week, a bill that Florida Gov. Ron DeSantis signed earlier this year will go into effect. Beginning on September 16, if customers are asked to show proof of a vaccine, they can be issued a fine upwards of $5,000. This reportedly won’t apply to cruise lines but DeSantis is working on their inclusion.

Meanwhile, COVID-19 cases in Florida are on a meteoric rise as the state has reportedly been one of the hardest hits in this latest wave. The Orlando Sentinel reports that over “15,000 people are currently hospitalized in Florida” and that number has increased by 1,800 since June.