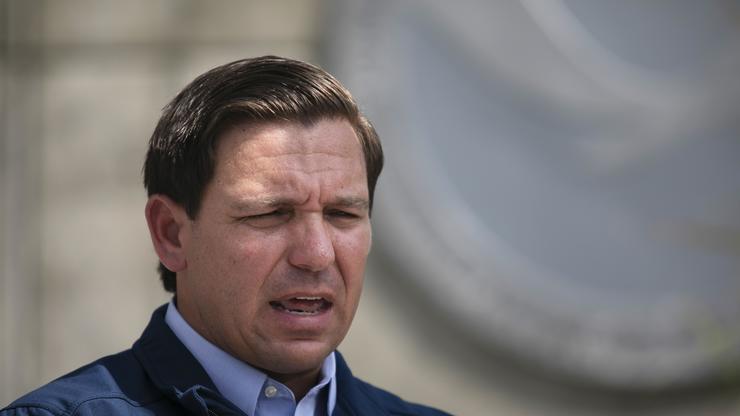 The proposed law would protect people who shoot others engaging in looting and rioting.

Florida Governor Ron DeSantis has drafted a bill looking to expand the state’s Stand Your Ground law to protect people who shoot looters and rioters. His new “anti-mob” legislation is being presented months after the worldwide Black Lives Matter protests held in the wake of the deaths of George Floyd, Breonna Taylor, and Ahmaud Arbery this past summer, which were largely peaceful but a select number of protests escalated into looting and rioting.

The draft allows for people to use force against any person they see looting within 500 feet of a “violent or disorderly assembly.” The bill also seeks to make blocking traffic during a protest a third-degree felony, proposing that drivers who “accidentally” run over protestors should be protected. The proposed bill seems to be in direct response to incidents that took place during this year’s Black Lives Matter protests, in which there were several reported instances of drivers plowing into crowds of protestors with their cars. The law also seeks to withhold funding from local governments that have made cuts to police funding.

The bill has yet to be filed to the House or the Senate, but has already begun raising concerns, with former Miami-Dade County prosecutor Denise Georges saying the bill would, “Allow for vigilantes to justify their actions,” going on to say, “It also allows for death to be the punishment for a property crime — and that is cruel and unusual punishment. We cannot live in a lawless society where taking a life is done so casually and recklessly.”

Others have pointed out that the bill is far too vague to be safely enacted, as it basically gives individuals the power to decide what constitutes lawless behavior, and will likely result in needless deaths. Former Miami-Dade prosecutor Aubrey Webb told the Miami Herald, “It dangerously gives armed private citizens power to kill as they subjectively determine what constitutes ‘criminal mischief’ that interferes with a business. Someone graffiti-ing ‘Black Lives Matter’ on a wall? Urinating behind a dumpster? Blocking an entrance? … The Boston Tea Party members would have been lawfully shot under Florida’s law by the British East India Tea Company.”

DeSantis is a vocal supporter of Donald Trump, who won Florida in the 2020 presidential election.