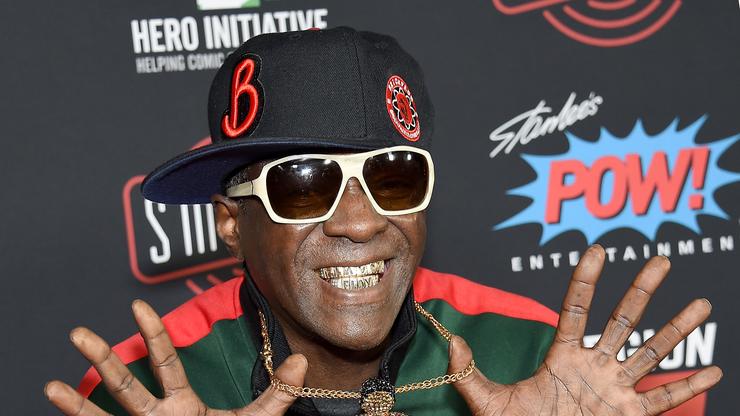 Flavor Flav has been arrested for domestic battery in Las Vegas.

Flavor Flav was charged with battery constituting domestic violence, earlier this month, for allegedly attacking a woman and throwing her phone in Las Vegas.

The Public Enemy rapper allegedly poked the victim’s nose, grabbed her, threw her to the ground, and snatched a phone out of her hand.

“In alleged domestic violence cases, there are often two sides to the story, and we will explain our side in the courtroom and not in the media,” Flavor Flav’s attorney, David Chesnoff, relayed to Page Six in a statement.

While Flav has not commented on the case, he celebrated one year of sobriety on Twitter, Tuesday: “1 year up,,, lotz more to go,,, next year I pray my whole family will be walkin the same path I am,,, #sobriety #alcoholfree #1yearsober #dontbelievethehype.”

He also shared a picture of himself one year ago, as he quit alchohol, compared to today.

This isn’t the first time Flav has found himself in legal trouble in Vegas. Back in 2016, the legendary rapper was hit with another misdemeanor, this time for driving under the influence. He was was fined $685 and had to attend a victim impact panel and drunken driving school.