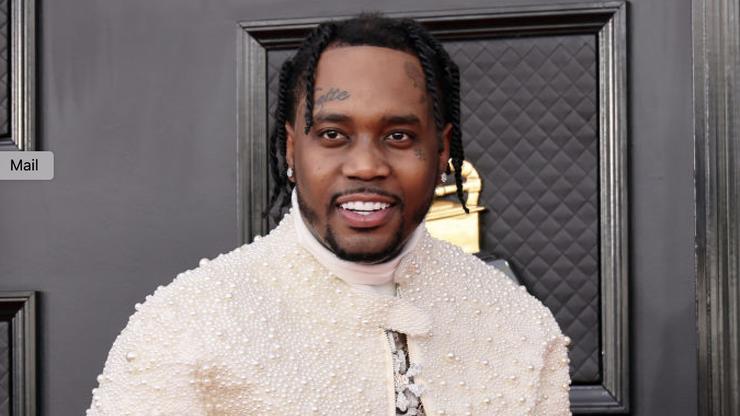 The rapper was instructing a class at the prestigious New York school.

Fivio Foreign is on fire. It’s been over two weeks since the release of the New York rapper’s debut studio album B.I.B.L.E. made its way onto streamers, and since then, the 32-year-old has received immense love from his contemporaries, friends, and fans.

Like any good artist, Fivi has been heavy on marketing, sitting down for interviews with the likes of Complex and The Breakfast Club, just to name a few. Apart from that, he’s also tried out some more interesting tactics, like teaching a dance routine to his hit song “What’s My Name” while apparently instructing a course at the prestigious Fashion Institute of Technology.

Footage uploaded to @theneighborhoodtalk on Instagram shows the father of two dancing along to the track at the front of a pack of young men and women. The “City of Gods” lyricist wore a flashy silver chain, a blue jacket, and distressed jeans; despite being dressed so well, he still managed to move and groove along to the track with ease.

Other clips included in the carousel show Fivio spending some time chatting with the FIT students, who welcomed him into their family. He received an official certificate from the institution, a cap and gown, a hoodie including him in the Class of 2022, and plenty of other goodies.

Of the 17 songs included on B.I.B.L.E., “What’s My Name” has emerged as an obvious favourite, already amassing over 2.7 million streams on Spotify. The track features Destiny’s Child’s “Say My Name,” and according to Fivio, he had to clean up some of the lyrics before Queen B would clear the sample for him – read more about that here, and let us know what you think about the star’s stint at FIT in the comments below.