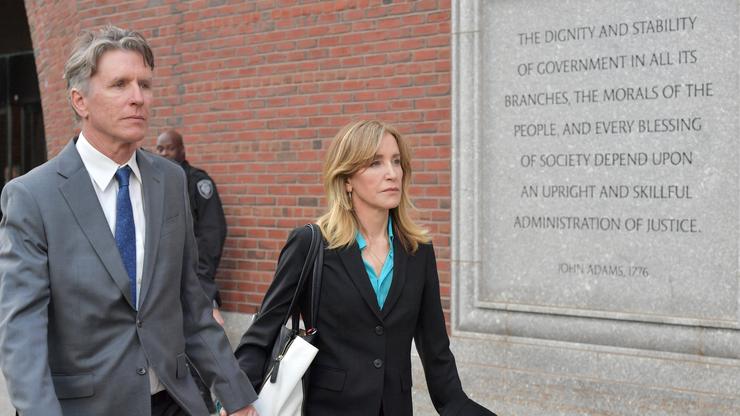 Earlier this year, we were hit with one the oddest stories to have struck Hollywood in years. We all had a feeling this was happening anyways but, for some reason, it still came as a major shock to hear that the wealthy folks America were using their status and influence to get their children into the most prestigious universities. Actresses Lori Loughlin and Felicity Huffman were two the most famous stars caught up in the college admissions scandal with both stars heading to court to plead their case. If you followed the legal battles, you likely noticed that Huffman was more regretful than Loughlin, admitting her wrongdoing several months ago. Now, she has ficially been sentenced and although she won’t be spending much time in prison, she’s not exactly f the hook.

It was reported today by several sources, including USA Today, that the Desperate Housewives actress had been sentenced to fourteen days in prison for her role in the college admissions scam. Judge Indira Talwani also ordered Huffman to one year supervised release, a $30,000 fine, and two-hundred-and-fifty hours community service.

During the hearing today, the judge told Huffman: “I don’t think anyone wants to go to prison. I do think this is the right thing here. I think without this sentence you would be looking at a future with a community around you asking how you got away with this.”

Do you think she should have got longer or is this fair?