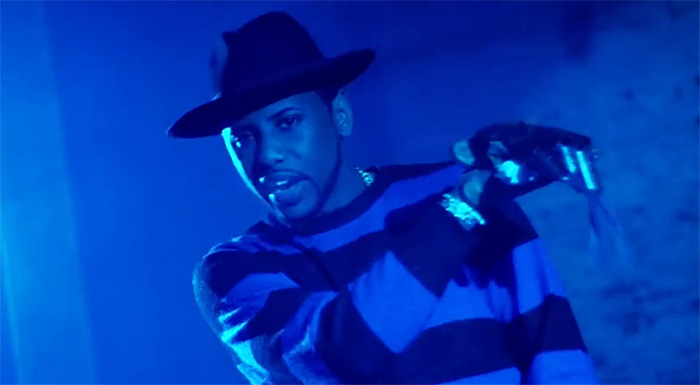 Fabolous and Jadakiss bring their Freddy vs. Jason concept to life in the video for the “Intro” to their joint album Friday on Elm Street.

Directed by Gerard Victor, the frightening visual starts with a tormented woman being haunted and hunted by Loso in her nightmares. Later, a masked up ‘Kiss attacks his victims in the woods in a deadly rampage.

“This verse right here be your worst nightmare,” quips Fab. “I just laugh at you ni**as then come after you ni**as.” J to the Muah adds: “My name ring around the nation / How the crime scene was left, they could tell that it was Jason.”

Fab and ‘Kiss dropped their long-awaited joint project in November. Originally set to be called Freddy Vs. Jason, legal issues prompted a change to Friday on Elm Street.

Grab your popcorn and catch the horror mash-up below.