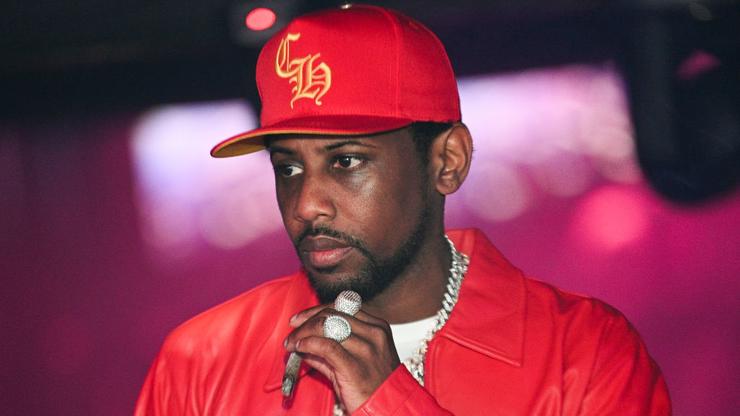 Fab had to get a manicure on the go.

Fabolous, born John David Jackson, has been in the rap industry for decades. Raised in Brooklyn, New York, the 44-year-old artist began receiving recognition for his talent when he was still in high school. Since then, he has paved the way for many artists in his area and still creates music for the masses.

While he’s known for his plethora of hits, the father of three has become notable for his style and social media presence as well. With a whopping ten million followers on IG, Fab has used his platform to promote his music, show love to others, and flex every once in a while– he chose the latter recently.

Video footage surfaced of the Street Dreams artist practicing self-care rituals while in the back of an expensive vehicle. As he sat on the orange interior inside a Maybach, the artist held his hand out for a nail tech to groom. “I’d rather go out bad than go out sad,” Fab told the cameraman. He responded, “You acting bad in the Maybach like that?” to which the rapper responded, “I’ve got to,” before laughing.

The clip was reposted by Akademiks, a culture and music commentator, and has garnered over 11,000 likes. Fans flooded the comment section, praising Fab for his riches.

In other news regarding the NY native, he recently confirmed the story of him speaking to Suge Knight regarding a radio diss. When addressing what happened, he said, “No cap i ain’t confront him [crying laughing emojis],” wrote the rapper. “We did speak about it tho. But in a man to man convo. & FYI He was at House of Blues in LA wit 50 niggas. it was no confronting SUGE in that era/time [crying laughing emojis].”

Read more about that here.