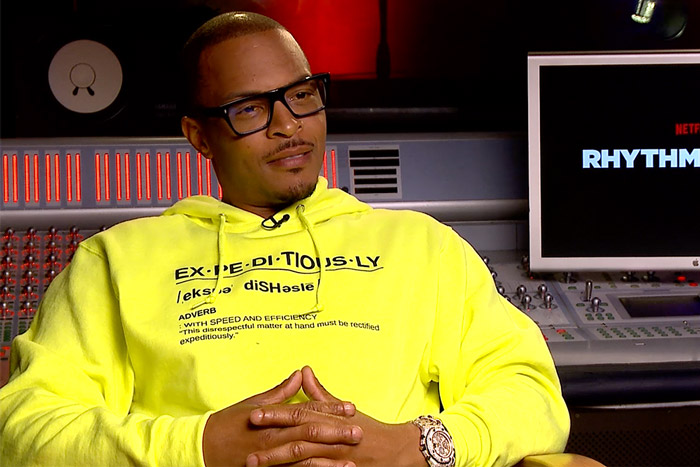 While promoting Netflix’s new hip-hop competition series “Rhythm + Flow,” the King the South sat down with Rap-Up where he revealed his top 5 MCs. A pair late legends, Tupac Shakur and The Notorious B.I.G., made his list, along with JAY-Z and André 3000.

But it wasn’t an easy call. “I’m just thinking all these other dope MCs that if I choose one, the rest ’em get left out,” he said.

The fifth spot was a toss-up between Ice Cube and Lil Wayne. “I think that a lot cats who are older than me may not place Wayne in there ’cause he was so young,” explained Tip. “They’re gonna reach back to Rakim. Anybody who was born from ’79 on up, we kinda grew up…We were the same age as Wayne. When he was 14, 15 in the Hot Boys, we was 16, 17 in the streets.”

@theshaderoom @balleralert THIS IS THE FINAL LIST #ExpediTIously created‼️ IF Y’ALL AINT HEAR THE WHOLE EPISODE YOU SPEAKING LOUD,OUT OF TURN AND WRONG AS A MUUUUUFUCKA🤦🏽‍♂️. Now while IDGAF WHAT NUMBER I AM… (Music doesn’t validate ME or MY EXISTENCE,u can Put me at 51 if u like…MY LIFE AINT GON CHANGE!!!)Y’all can feel free to go back and forth with acts futility about OPINIONS all you like. I’ll be doing something different & progressive…✌🏽 Oh…& we framed it for y’all to win… How to enter the giveaway: Just Leave a review on the expediTIously Apple Podcasts page and include your social handle #BeEazy👑