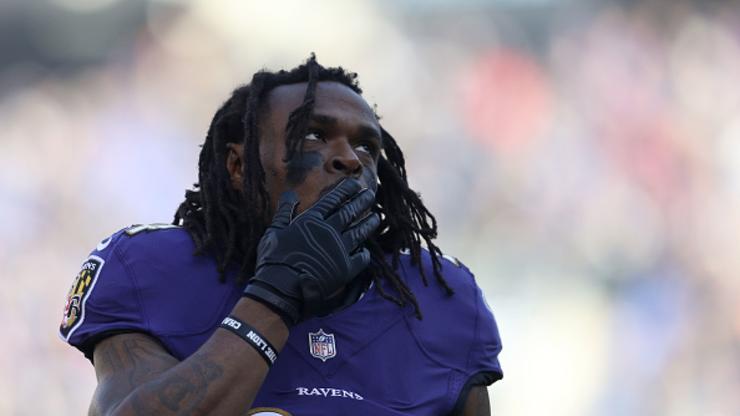 Collins tried to pin the weed on his buddy, who told cops otherwise.

Former Baltimore Ravens running back Alex Collins was arrested back in March after his car crashed into a ditch near the team’s practice facility and cops discovered a huge jar weed as well as a hand gun. Collins ultimately pled guilty to two misdemeanor charges possession a handgun and possession weed, which resulted in probation and a fine.

Today, TMZ Sports has released footage the arrest, which you can check out in the video embedded below.

According to TMZ, Collins denied that the weed was his, instead blaming the bud on his pal Tykheem “TJ” Dunaway, who was a passenger in the vehicle but left before cops showed up at the scene. However, Dunaway returned and told the cops that the weed was all Collins’.

TJ told the cop the weed definitely belonged to Collins … saying, “It’s his. I didn’t know it was in the car until it crashed because we were coming from a party.”

Eventually, both dudes were arrested for possession the weed … while Collins was also booked for having a handgun in his vehicle.

Collins was cut from the Ravens immediately after the incident, and he was recently slapped with a three-game suspension by the NFL which will go into effect if/when he signs with another team. The 25-year old running back, who was selected by the Seattle Seahawks in the fifth-round the 2016 NFL draft, has 15 total touchdowns in 36 career games.