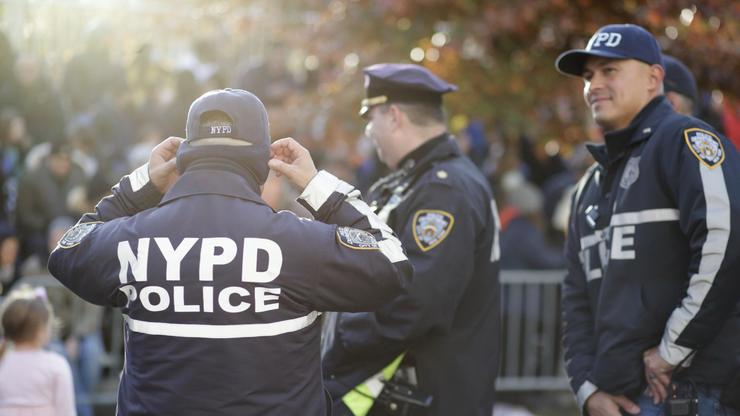 “I know now and I always will that what I did was wrong,” Arlicia Robinson said during her virtual court date.

Arlicia Robinson’s recent day in court went in her favour, NY Daily News reports. On Thursday, January 13th, the ex-NYPD sergeant – who was arrested for her role as a heroin drug mule for the Nine Trey Gangsta Bloods – was sentenced to a four-year supervised release on probation by Manhattan Federal Court Judge Alvin Hellerstein.

“I know now and I always will that what I did was wrong,” the mother of three said during a virtual court date. “I take full responsibility for my poor decision-making and behaviour. I was not thinking clearly and was not thinking straight.”

According to HipHopDX, Robinson has allegedly been romanticly involved with two members of the infamous gang – Kristian Cruz, known as a “five-star general” who’s estimated to have “sold $2 to $3 million in heroin and fentanyl,” and Aaron “Bat” Young, who was sentenced to 20 years behind bars for his criminal involvement.

Before she was arrested in 2018, the former police officer witnessed a rival drug dealer shoot Young, which she reportedly went on to lie about to a grand jury.

The 41-year-old is said to have been living a “double life” in 2017; she spent her days “overseeing 22 housing projects in Bedford-Stuyvesant, Williamsburg, and downtown Brooklyn,” and her nights affiliating with members of 6ix9ine’s gang, and “[ferrying] drugs for them because she drew less attention.”

Robinson’s traumatic upbringing may have led her to the messy situation she wound up in. “Both her parents died when she was 7,” Attorney Justine Harris explained. “She was raised by a series of different loving family members but very unstable home situations. She was a victim as a child of repeated sexual abuse and assault between the ages of 9 and 13.”

It was recommended by federal guidelines that she should serve five years, but the mental manipulation and physical abuse Robinson faced in her relationship with Young prompted U.S. Attorney Sebastian Swett to ask Herrenstein to reconsider. “He is a dangerous and destructive man,” Swett said of the gang member.

“I don’t think you can overstate, you know, just how dangerous he is. We can vouch for the fact that he was a bad, bad man.”

Hellerstein has also acknowledged that, while moonlighting as a drug mule, Robinson “never directly abused her position as a cop.”

“All of us have an inner turmoil that can prevent correct decision-making. And sometimes, that inner turmoil rises to such a degree because of the deprivations of life and childhood and abuse and the like that robs an individual of being able to make an autonomous decision. It’s very hard to find a condition of life more difficult than the conditions Ms. Robinson went through,” he said.”

He continued, addressing the ex-sergeant directly, “One of the purposes of punishment is to rehabilitate a person. You’ve shown, Ms. Robinson, your own rehabilitation — even before your punishment — by choosing a life of helping others and supporting your family and your children. And making yourself clean and strong to do those things is highly commendable.”