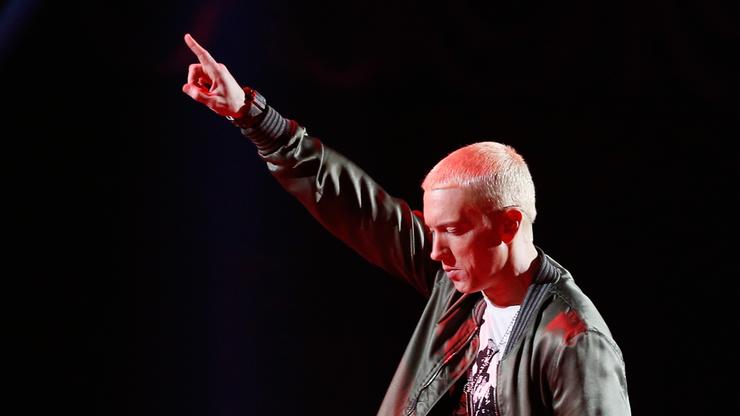 Watch a young Eminem take the stage in 1996, years before signing to Dr. Dre.

It’s always fascinating to witness the raw and rugged come up of an artist who has otherwise presented themselves as glowing celebrities. In rap, especially, artists often come from the mud, hustling day in and day out until they finally “make it.” Eminem is no exception. Some incredibly rare footage re-emerged this week revealing a young Eminem taking the stage as an underground MC from Detroit, years before signing to Dr. Dre.

The video remains one of the earliest pieces of footage of Eminem performing on stage. Though there could be more, the video was uploaded by Random Clips in 2017, revealing the live concert took place alongside D12 in 1996, three years before he signed a deal with Dr. Dre. The song’s called “Low Down Dirty” and the Redman influence is evident as ever. Em and D12 are seen rocking a small crowd of people who are bobbing their heads along.

Those who are aware of Em’s history know the single he performed. It appeared on the 1997 Slim Shady EP which is reportedly what caught Dr. Dre‘s interest in the young Detroit rapper early on.

Eminem, of course, went on to become one of the biggest rappers known to man who continues to rack up plaques and accolades, over 20 years later. Just last week, it was revealed his single, “Lose Yourself” recently hit 1B streams on Spotify.