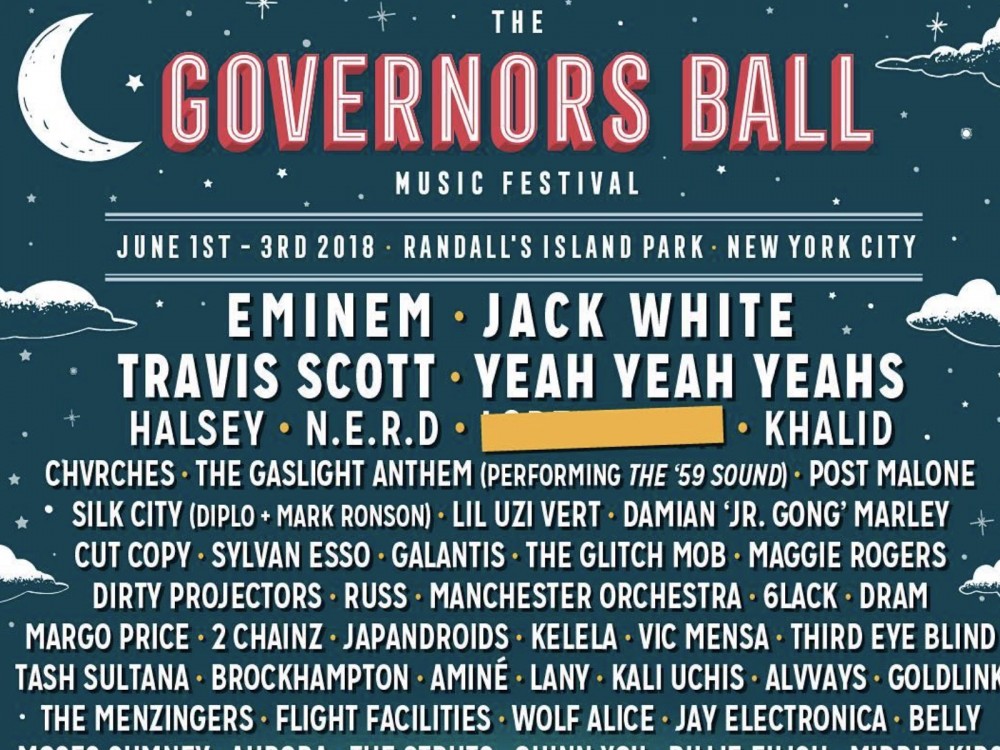 Along with Em, hip-hop heavyweights from Travis Scott to 2 Chainz are going to invade the three-day event.

In addition to the Governors Ball, Em leads the upcoming Coachella music festival in California.