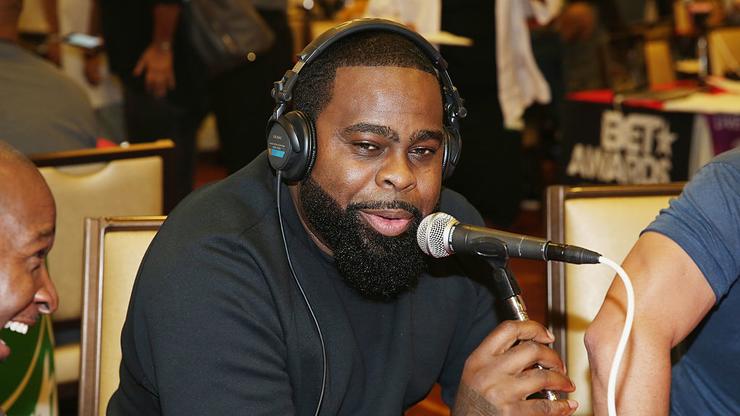 KXNG Crooked thinks Eminem has a verse of the year contender and says “I Will” has the best bar of the entire year.

As we close in on the end of the year, many of us have been taking a closer look at some of the lyrics and verses that stood out among lyricists in 2020. Despite an obvious focus being placed on certain artists, bars are still important and they always will be when we’re discussing hip-hop.

During our 12 Days of Christmas interview series, we spoke with KXNG Crooked, who gave his take on some of the best bars he heard all year. Unsurprisingly, he gave his close affiliate Eminem his flowers for “I Will”, praising the Detroit legend for his verse and also crowning himself for what he considers the bar of the year.

“Em, ‘I Will’ on Music To Be Murdered By. That right there, I feel that’s the bar of the year,” said KXNG Crooked. “I feel like the Abraham Lincoln bar, ‘Ay bruh, I go ham for dead presidents. John Wilkes, that’s who I’m in the booth like.’ The whole scheme, I just feel like nobody really tied all of that together as well. There’s been some lines about that, but I feel like that was the best that has been tied together.”

He compares the lyricism on that record to some of his own tracks from the last twelve months, but he concurs that this one takes the cake.

“Let me tell you, some of my punchlines and metaphors and similes, sometimes somebody builds on it and they make it better,” added Crook. “I am like, ‘Why didn’t I think about that?’ But on this particular one, I think that’s the bar of the year, the ‘Ay bruh, I go ham,’ that’s the bar of the year. Verse of the year contender, ’cause there’s a lot of dope ass verses out there, you know what I’m sayin’, from a lot of titans and some Jedis came out to play this year. We got blessed.”

We definitely did get blessed with the gift of bars this year. Do you agree with KXNG Crooked that he had the bar of the year?