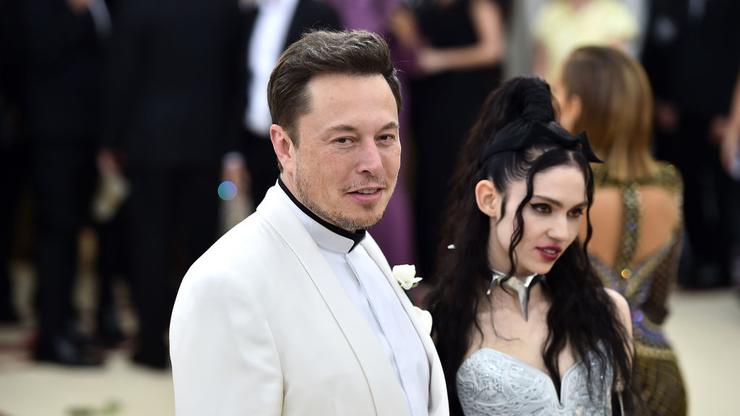 Elon Musk and Grimes have reportedly broken up.

Elon Musk and Grimes have officially split up, according to an exclusive report by Page Six.

The eclectic couple has been together for several years and they have one son together, baby X Æ A-Xii Musk. Page Six sources are reporting that they will continue to co-parent the one-year-old together.

“We are semi-separated but still love each other, see each other frequently and are on great terms,” reportedly said Musk to Page Six. “It’s mostly that my work at SpaceX and Tesla requires me to be primarily in Texas or traveling overseas and her work is primarily in LA. She’s staying with me now and Baby X is in the adjacent room.”

The couple was last spotted at the Met Gala earlier this month. Grimes walked the red carpet alone, and Elon joined her on the inside. They were also photographed together the following day in New York City.

Elon Musk has six other kids from a previous relationship. Grimes has only one child, baby X.

Previously, Grimes revealed that Elon Musk doesn’t help fund her music career, despite being one of the richest men on the planet. Read more about that here.

Are you surprised that they’ve broken up?