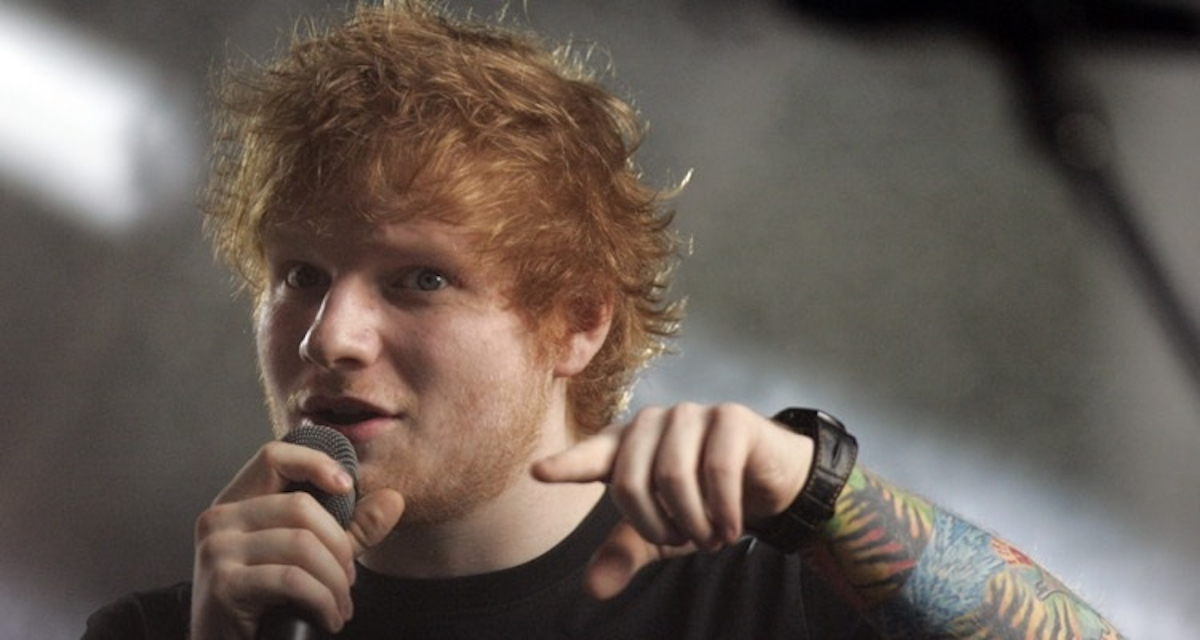 Before getting his big break and rising to international fame, singer-songwriter Ed Sheeran was told by his former manager to dye his hair black and ditch his loop pedal.

Longtime Ed Sheeran manager Stuart Camp revealed this and other interesting details about his world-famous client in a recent episode of the Straight Up podcast. According to Camp, who started working with Sheeran about a decade ago, the “Perfect” singer’s previous management team told him that he “wasn’t going anywhere” before cutting ties.

“He had to drop the looping and dye his hair black,” Camp said when summarizing the comments offered to Sheeran by his pre-fame management. “And give up the rapping, which I can see, I kind of see a point there.”

After badly misjudging Sheeran’s talent, image, and commercial viability, the management company then took steps to publicize its (decidedly brief) association with the star.

“I think for a while – they [Sheeran’s former management team] don’t exist in the same form anymore, they splintered about four years ago. But I think for a long time their website said they discovered Ed Sheeran. Which is of course a hilarity; it didn’t mention the bit that you said he was s—t and he went away.”

Even so, Camp – who has managed Lily Allen and James Blunt in the past – doesn’t hold any ill will towards the professionals that used to be involved with Sheeran’s career, indicating instead that missed opportunities and bad calls are simply part of the game.

“It’s one of those things,” said Camp. “Everyone’s got acts that, you know, it doesn’t happen or it runs away. I’m sure I’ve got some somewhere.”

Almost immediately after inking a deal with Ed Sheeran, Camp invited the up-and-coming musician into his home, where he lived for about two years. And though Sheeran eventually moved out and started a family, he’s never strayed far from Camp – a point that the successful manager said is a key contributor to their strong personal relationship and ultra-effective partnership.

“He’s quite clingy. In a good way,” admitted Camp. “He’s almost my surrogate son as well as someone I manage.”

Also in the hour-long podcast, Stuart Camp discussed his interest in Ed Sheeran’s personal wellbeing, the “Shape of You” artist’s prior injuries, the nuances of managing just one client, his and Ed’s experiences with overzealous fans (and even stalkers), and much more.

Earlier this year, we reported that a federal judge had ordered the 29-year-old Sheeran to reveal his concert revenues and expenses as part of the “Thinking Out Loud” copyright infringement suit.