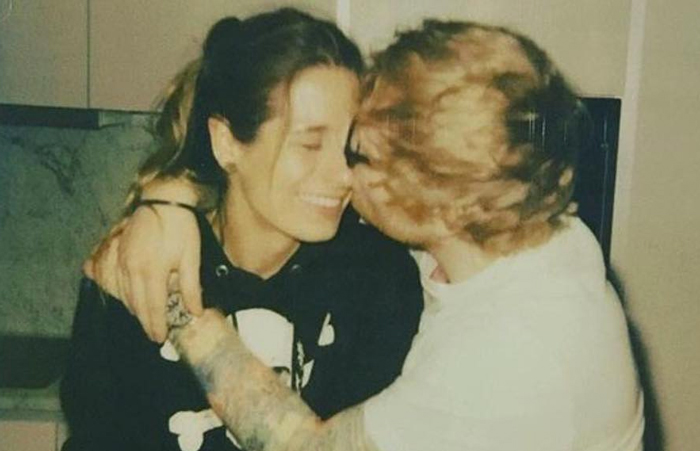 Ed Sheeran has found his “Perfect” girl. The pop sensation has announced his engagement to Cherry Seaborn, his girlfriend nearly three years.

Taking to Instagram, the 26-year-old chart-topper announced the big news. “Got myself a fiancé just before new year,” he wrote. “We are very happy and in love, and our cats are chuffed as well.”

Sheeran has known the 24-year-old risk advisory consultant for quite some time. “I’ve known Cherry since I was 11,” he told People in March. “She worked on Wall Street in New York, and I had like six shows around New York in 2015]. It was around then, and we reconnected. I went on tour again, and then I went to Taylor’s 4th July party. I was texting Seaborn], and she was like, ‘I’m in Rhode Island at a 4th July party,’ and I was like, ‘So am I.’ I kinda said to Taylor, ‘Can I invite one my old schoolmates?’ The rest is history.”

In December, he told Ellen DeGeneres that they bonded over peculiar cats. “She’s really cool,” he said. “We have two cats Calipo and Dorito] but they’re both really, really strange creatures. They kind sit up like humans. It’s really strange. You’ll walk in and they’ll be looking at you.”

Sheeran has made reference to Seaborn on various songs, including “Perfect.” “We were just kids when we fell in love, not knowing what it was,” he sings on the track. “I will not give you up this time.” On Swift’s “End Game,” he adds: “Knew her when I was young / Reconnected when we were little bit older, both sprung.”

Congrats to the couple!