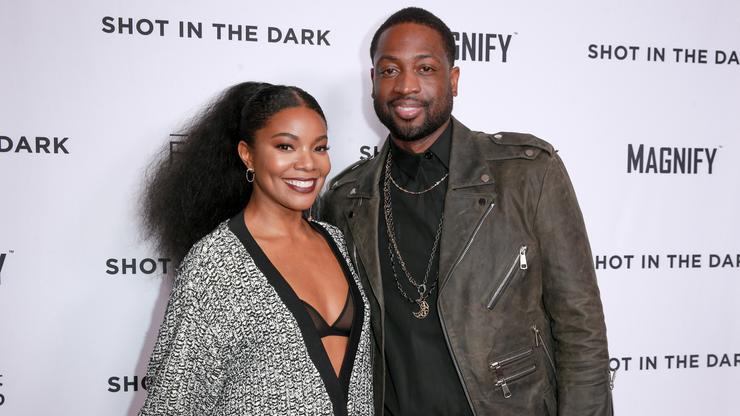 Dwyane Wade fathered a child with a woman back in 2013 while he and Gabrielle Union were on a break.

There have been plenty noteworthy moments in Dwyane Wade’s life, and ESPN hopes to tackle as many as possible in the forthcoming documentary D. Wade: Life Unexpected. The film is set to premiere on February 23, but ahead its release, there have been bits shared with the media. Entertainment Tonight reports that the documentary will cover a heavy moment Dwyane’s personal life: When he had to tell Gabrielle Union that he fathered a child with another woman.

“I had a child with someone else and I had to tell her. Hardest thing I’ve ever had to do is man up and tell Gabrielle Union that I’ve had a child with somebody else,” he said according to Entertainment Tonight. “I couldn’t sleep. I wasn’t eating.” Dwyane added, “When you hold something in that you know is going to come out and you have this information and you know it’s gonna f*ck somebody’s life up, that you care about, that you love, if it don’t hurt you, then you’re not human... Me and Gab just went through something that you never want to go through and we still came out it.

The basketball icon reportedly impregnated another woman while he and Gabrielle were on a break. His son Xavier was born in 2013 and Dwyane and Gabrielle were married in 2014. He revealed that his children helped him propose to his now-wife. “She wasn’t just marrying me, she was marrying all this baggage,” he said. Watch a brief promo below ESPN’s Dwyane Wade documentary D. Wade: Life Unexpected.